Why the Recent Pro-TCI Poll is Bunk 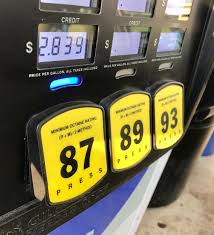 Mid-Atlantic states that, they say, shows overwhelming support for the de facto carbon tax on gasoline and diesel fuels. The poll consisted of an astonishing sixty – SIXTY! – questions. And, here’s how you know the whole thing is utterly worthless: not one of those sixty questions made reference to the respondents’ willingness to pay an estimated 5 to 17 cents per gallon (cpg) more at the pump.

In an interview with WBUR, Anthony Leiserowitz, director of the Yale Program on Climate Change Communication, who conducted the poll, reportedly said about the glaring omission, “pollsters didn’t include gas price information in the questions because the range of possible increases was so wide.” But the story goes on to directly quote him, “When you do give people a sense of how much things will cost, support does drop a little bit, particularly among Republicans. But overall, we generally see that when people understand what the benefits are that they're going to get for these programs, there's very strong support."

This should beg the follow up question that never came, if they didn’t ask about cost, how do they know support “does drop a little bit, particularly among Republicans”? That’s rather a specific data point! More likely, they did ask the question either in this poll or another but didn’t make the answers public because they were devastating to their primary purpose: pro TCI propaganda.

The claim that the “range of possible increases was so wide” that they couldn’t ask about cost is absurd. The range put forward by TCI includes just three options between 5 and 17 cpg. A recent analysis by Tufts University estimates a possible increase of as much as a 38 cpg. Total cost of the impact to drivers in TCI states is estimated between $1.2 billion and $5.6 billion annually.  In a sixty question survey, there is certainly ample room to explore citizens’ opinions on that range of expense. The Ethan Allen Institute commissioned a scientific poll of 600 Vermonters that showed opposition to TCI with a 17 cpg cost at 54% with 42% strongly opposed. (See! We only asked four questions on TCI and still managed to squeeze the topic in. Not a problem!)

Here’s where the Yale poll spin gets really grotesque. One “key survey finding” according to the press release is, “Fewer than a third of voters (30 percent) think states governments are investing enough money today in repairing existing roads and bridges. Over half (53 percent) say states aren’t investing enough.” This is framed as support for TCI. However, TCI will actually make it harder to invest in repairing roads and bridges because those activities are funded by the state gas tax, which goes to the transportation fund. TCI will erode T-fund tax capacity and divert funds toward Environmental Justice, EV subsidies, EV charging stations, etc. To imply that supporting TCI is to support more investment in road and bridge repair is flat out fraud.

The EAI poll asked about supporting TCI if it meant reducing tax capacity for road and bridge maintenance: 51% were opposed (32% strongly) and just 35% were in support (18% strongly).

Similarly, another “key finding” states, “More than four in five voters (83 percent – including 69 percent of Republicans, 80 percent of independents, and 91 percent of Democrats) say it’s important for their state to reduce carbon pollution.” Okay. But TCI doesn’t actually DO MUCH to reduce carbon emissions. The TCI organization’s own report estimates the program would contribute just 1-6% out of a 20-25% decrease in total regional emissions, over ten years -- 19% of which will occur anyway IF WE DO NOTHING! And, of course, TCI will have a near zero impact on global emissions and absolutely zero impact on future climate trends.

The EAI poll asked Vermonters if they supported TCI knowing the minimal nature of its impact, and this elicited the highest and most bi-partisan level of opposition to the program with 61% opposed, 45% strongly so.

Perhaps the most inane claim the Yale pollsters try to tease out of their results is that majorities support TCI “as part of the recovery from the pandemic.” Yes, people want policies that aid recovery from the pandemic, but raising taxes on and artificially increasing the cost of the means of moving goods and services to and from markets is NOT – repeat NOT – ever under any circumstances a means of improving economic activity. Quite the opposite. Anyone arguing to the contrary is either a liar or a fool.

Vermont political activists have been pushing one form of a carbon tax or another for over half a decade. Every time they come up with a new scheme, they concoct a poll that supposedly indicates overwhelming popular support for whatever it is. This is baloney and they know it. If these proposals were that popular, or popular at all, then the politicians would pass them into law in an eyeblink followed by a ticker-tape parade celebrating themselves as heroes of the masses. They don’t do this because, while they may be enthusiastic liars, they’re not fools.