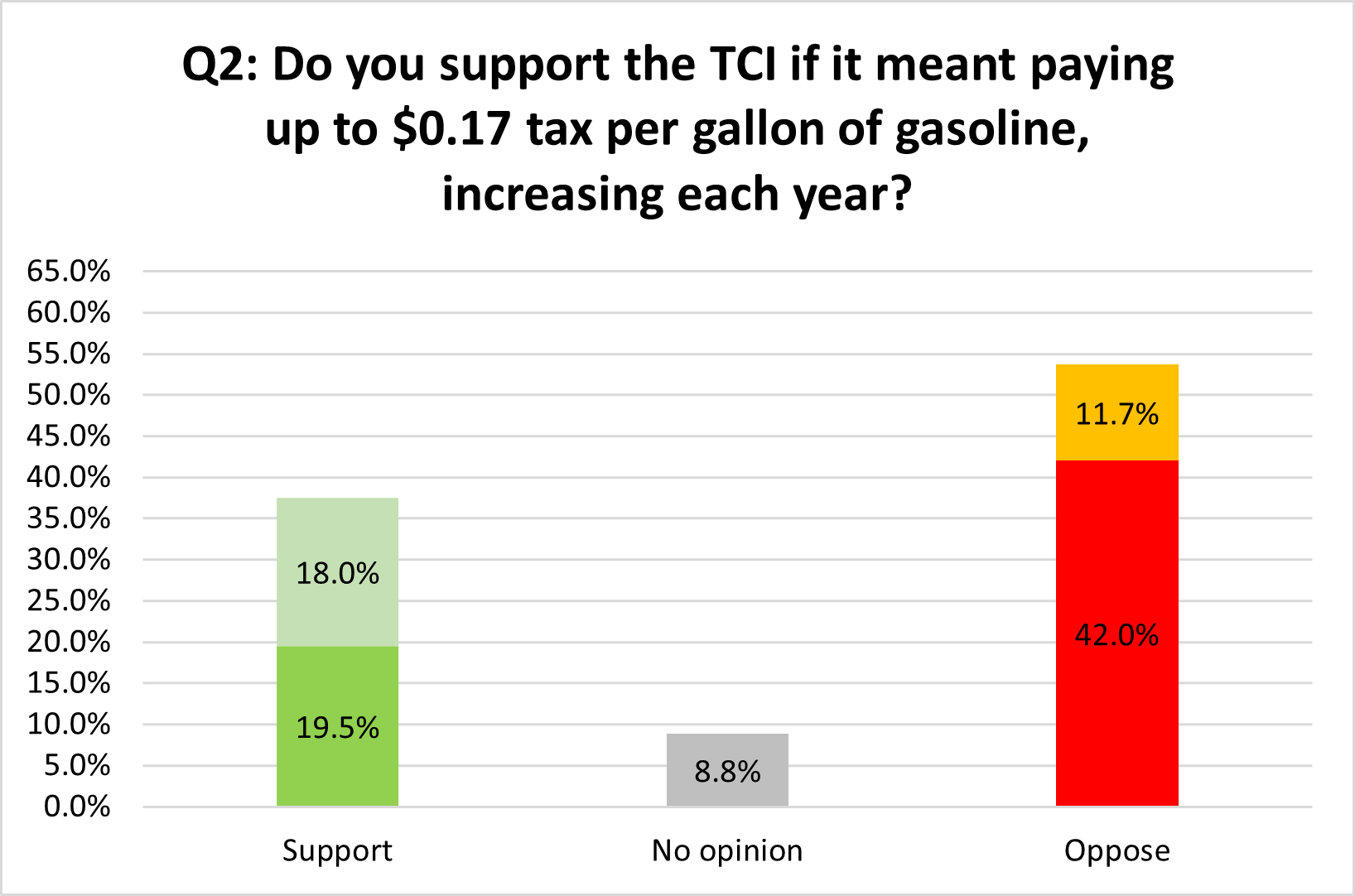 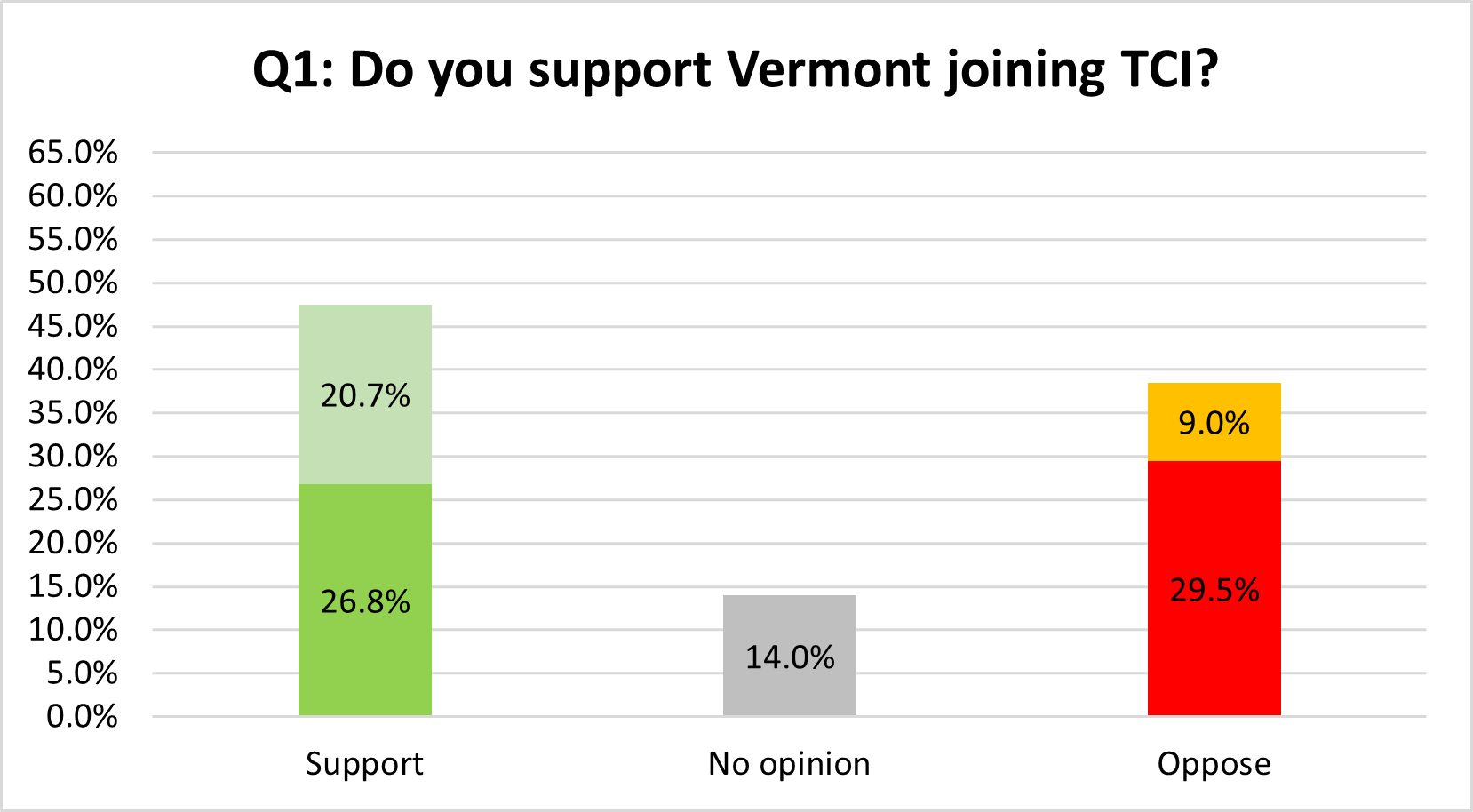 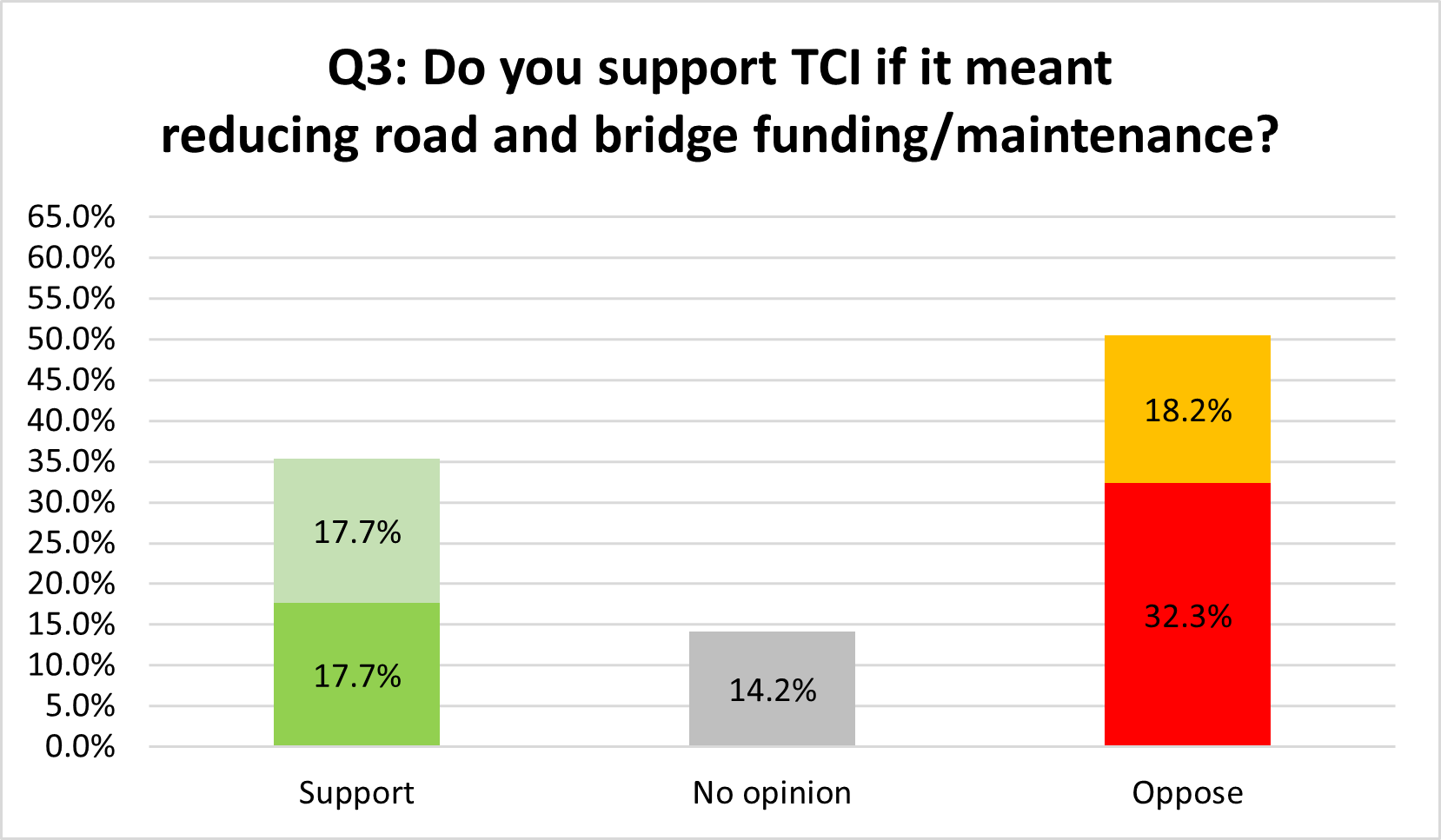 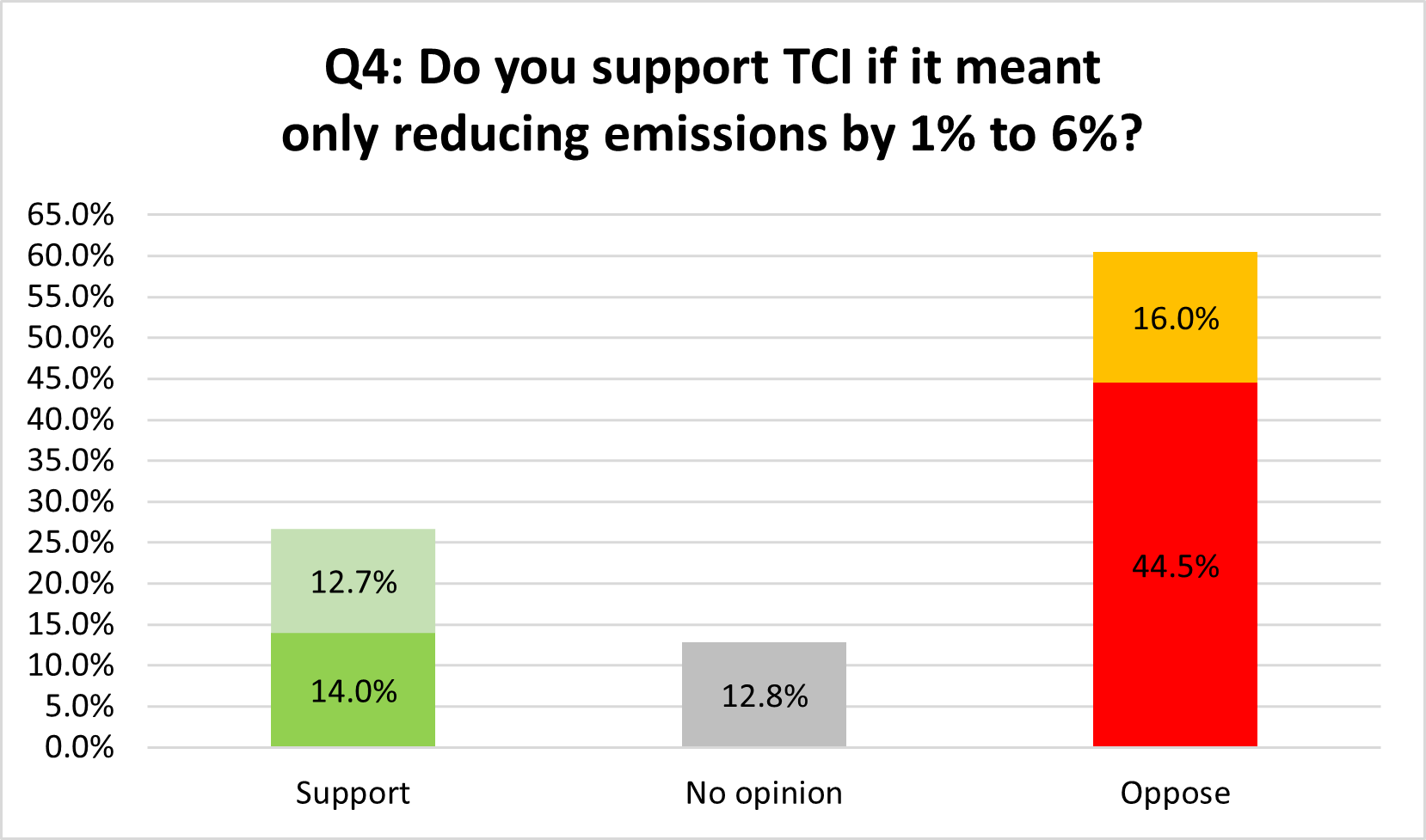 For example, asked, “If joining TCI meant paying an additional tax or fee on gasoline and diesel vehicle fuels of up to 17 cents per gallon in the first year, and increasing annually, would you support or oppose Vermont joining TCI?” support dropped to 38% while opposition rose to 54%, with 42% strongly opposed.

However, Vermonters’ most serious reservations about TCI have to do with the program’s expected lack of effectiveness. The TCI report admits that if no additional action is taken, regional greenhouse gas emissions are expected to decrease by 19% over the next decade. If TCI were implemented at a cost to drivers of 5 cents or 17 cents per gallon of motor fuel, that number would improve only by 1% to 6% respectively. Presented with this cost/benefit ratio, 61% of Vermonters opposed joining TCI, 45% strongly so.

Vermonters had similar reactions to the Global Warming Solutions Act with 41% expressing support for Governor Scott’s veto of the bill and 35% opposing his veto while fully one quarter of the population had no opinion.

However, asked, “The Global Warming Solutions Act allows ‘any person’ to sue the state of Vermont if specific greenhouse gas emission reduction goals are not met, which could cost Vermont taxpayers multiple millions of dollars in legal fees. Do you support or oppose the lawsuit provision in the Global Warming Solutions Act?” 69% of respondents opposed the provision, 52% strongly so while less than 10% strongly supported it. 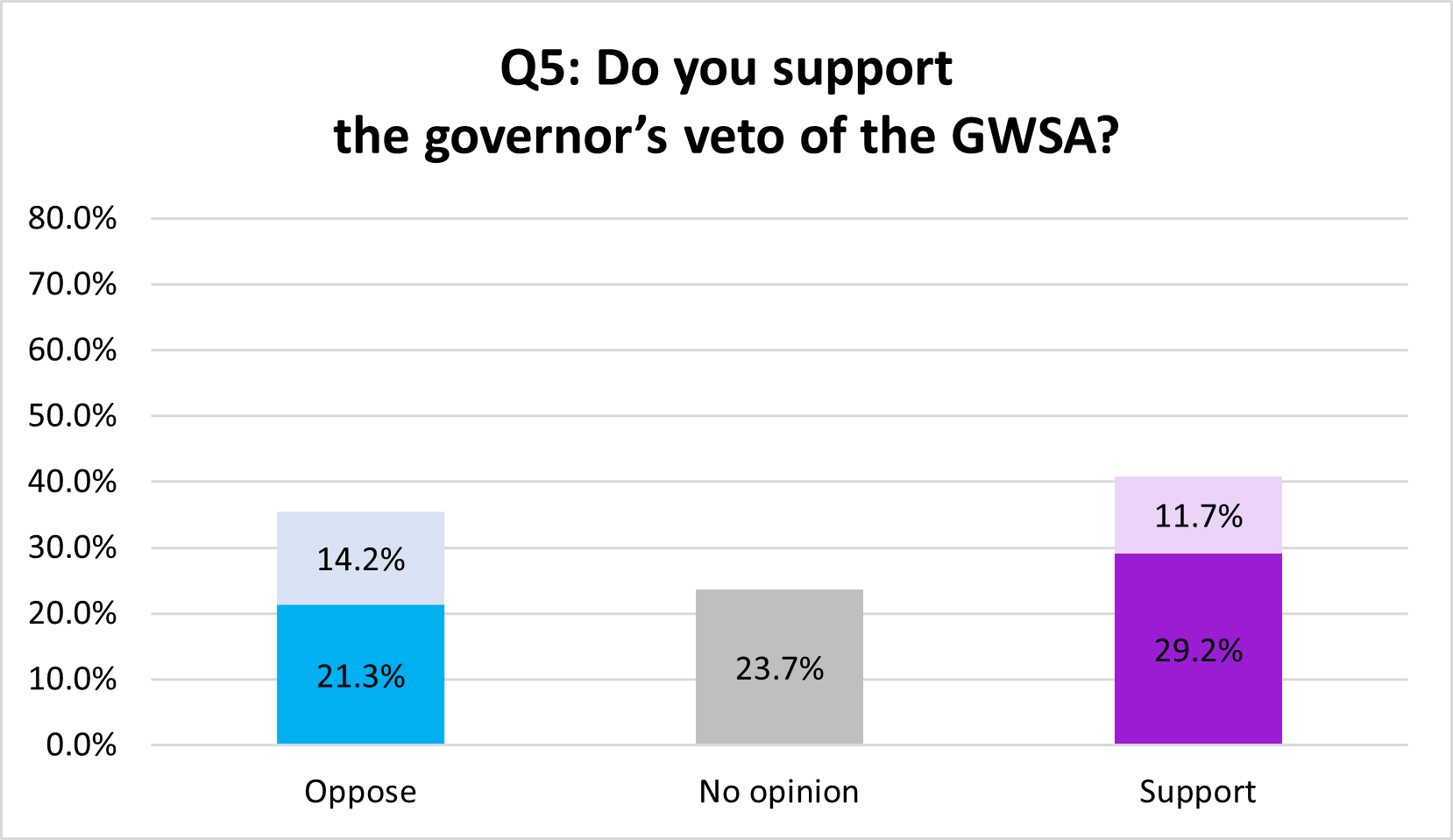 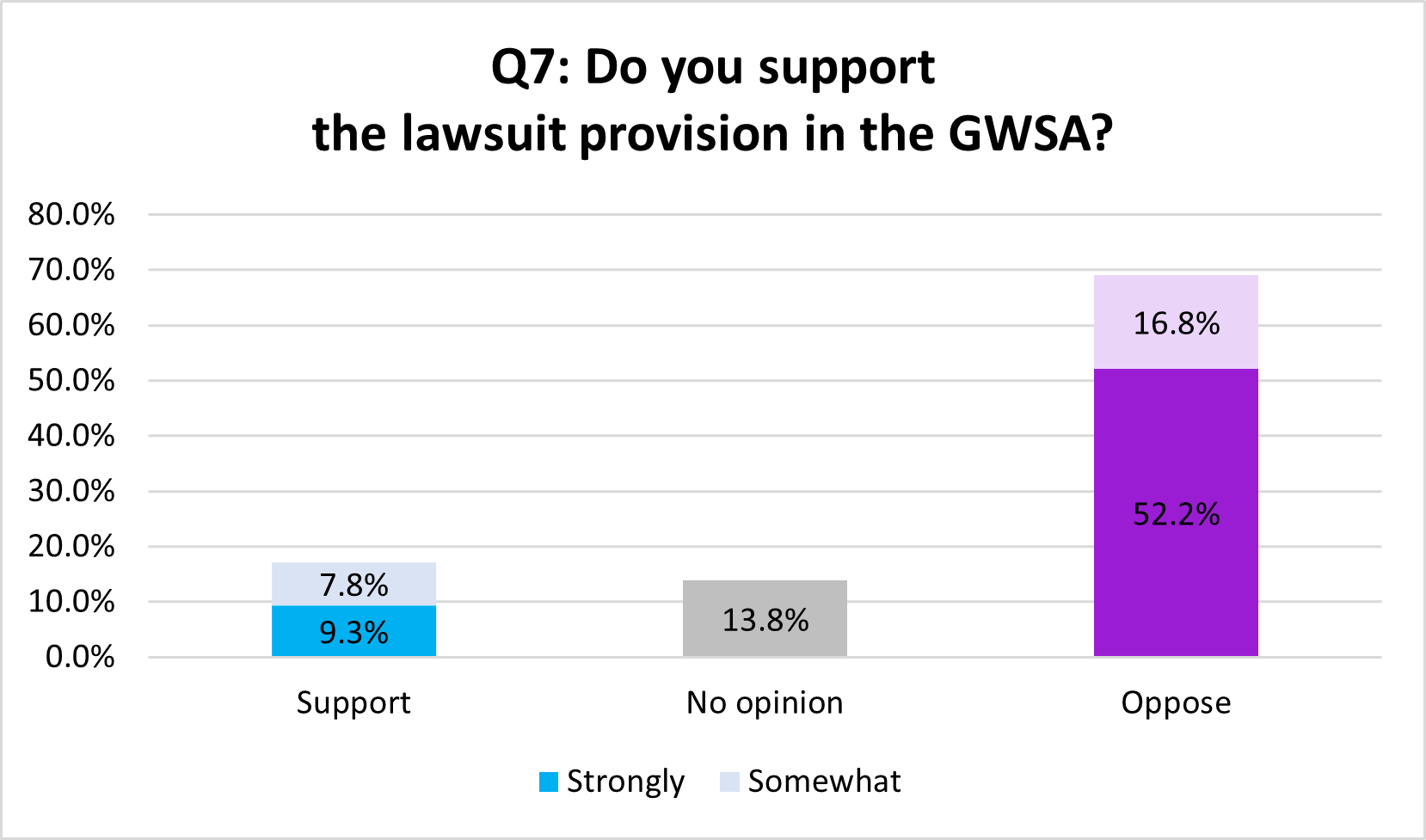 Rob Roper, president of the Ethan Allen Institute which commissioned the poll, said, “These results aren’t a surprise. Vermonters care about the climate, but don’t want to waste money on programs that are expensive and intrusive but will have little to no substantive impact on the problem they are supposedly intended to help solve.”