A ‘Climate Emergency’ Power-Grab: One Scenario 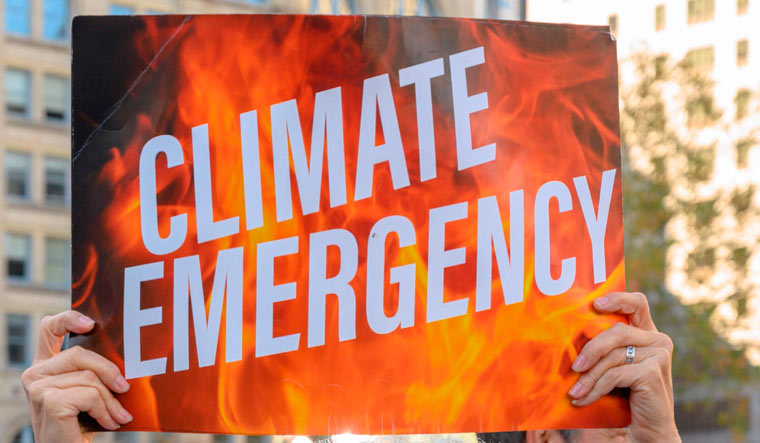 If we’ve learned anything from the past year, it’s that governors across the country have more power  during “states of emergency” than absolute monarchs did 500 years ago. A week ago, I wrote about how Vermont has the worst legislative oversight of the governor’s emergency powers in the country.

How could that impact Vermont, practically speaking? Simply this: if we don’t transfer more power from the governor to the Legislature during emergencies, the future could be catastrophic for Vermont democracy.

With some exceptions, most Vermonters have been plenty happy with how Governor Scott has handled the Covid emergency, re-electing him by a higher percentage than any governor since 1950. But let’s say Scott runs for the US Senate and a progressive wins the VT governorship in 2022. What’s to stop a progressive governor from declaring a “climate emergency” and ruling by hundreds of executive orders in 2023?

In a December commentary, Rep. Curt McCormack (D-Burlington), said “if the Covid-19 pandemic can reduce our carbon emissions in one month by the same amount as we need to reduce per year, 7%, to avoid catastrophic climate change, can we not do this on purpose, in an orderly well-planned fashion?”

Governor Scott was able to order all non-essential businesses closed for two weeks a year ago, enough time to ensure than some of them never open again, no legislative approval needed. A Vermont governor has the legal authority to declare and end emergencies through their own personal judgment. Our Legislature has no say in the matter.

46 states give their state legislature some power to stop a despotic governor. Only Vermont, Washington, Ohio and Hawaii offer no legislative safeguards. Vermont’s Legislature might be able to make a non-emergency order obsolete by voting against it, as happened last week when the Senate voted their disapproval of Governor Scott’s Act 250 reform order. But executive orders under the pretense of a self-declared “emergency?” Unstoppable under current law.

Perhaps our future governor would want us to cut our carbon emissions to zero in 2 years instead of 30. Why not ration gasoline, or shut off all shipments of heating fuel from freezing Vermonters, until they can buy a heat pump that doesn’t work when it’s bitter cold?

The “fundamental physics and the fundamental problem of greenhouse gas emissions would not change” if Vermont's emissions fell to zero, as one Vermont environmental lobbyist put it. No matter how much Vermont reduces our emissions, this climate emergency could conceivably go on for 50 years. At least with Covid, there is a conceivable end in sight as cases start to fall. Not so with climate change, the Forever Emergency.

Such an emergency would be the killing blow for Vermont democracy, not to mention our economy. Let’s get our Legislature to take more responsibility for managing emergencies, while the chance of a future governor using these emergencies to become a despot is still small.