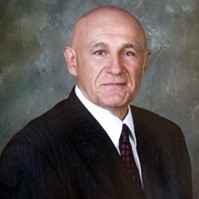 Override Clean Heat Carbon Tax Veto (H.715). Failed 99-51 (100 to override) on May 10, 2022. The Clean Heat Standard (CHS) is a complicated, de facto carbon tax intended to hide the price increases on fossil fuels. If heating fuel sellers do not generate enough “clean heat credits” themselves through weatherization and green appliance installations, they must purchase credits generated by others to stay in business. Those voting YES believe the CHS will help Vermont achieve its GWSA 2025 & 2030 greenhouse gas reduction mandates. House members voting YES trust the PUC to implement the Clean Heat Standard without needing further legislative approval. Those voting NO believe the CHS would lead to extreme hardship for the 200,000+ fossil fuel heating Vermont households and numerous small businesses supplying and relying on fossil fuels. The technology to replace fossil fuel heating systems is not currently scalable to satisfy the GWSA, due to labor and supply restraints.

Impose Rental Registration with Housing Programs (S.210). Passed 88-54 on April 22, 2022. The flagship provision of S.210 is a statewide registry of rental properties. Landlords can only rent housing if they pay $35 to register it and may not rent units that fail inspection (complaint basis). 7 full-time bureaucrats would administer the program, with salaries initially paid by federal ARPA money. Units rented out for fewer than 90 days are exempt. S.210 also creates two housing programs, designed to expand Vermont’s rental market and increase the homeownership rate. Those voting YES believe S.210 will increase the quantity, affordability and safety of Vermont’s rental housing market. Those voting NO were against the rental registry portion of S.210. They believe increasing housing regulations will reduce Vermont’s housing supply, raise rent on properties, shrink Vermont’s tourism industry, and reduce tax intake from short-term rentals. This could represent the first step toward state control of rental property.

Restrict Aggressive Political Speech and Firearm Rights (S.265). Passed 89-32 on April 12, 2022. The underlying language of S.265 would allow for the legal punishment of citizens who are aggressive toward public officials. Citizens could be given a misdemeanor (a year or less in prison) or even a felony (up to two years in prison). A felony charge could result in temporary or permanent seizure of firearms. S.265 also makes it more difficult for a defendant’s legal defense to claim that the defendant was unable to carry out their threat. Those voting YES believe that conflicts between citizens and school board members and other public official across the country warrants increased protections for elected officials from threats of violence, above those of ordinary citizens. Those voting NO believe S.265 infringes on the Constitutional rights to free speech, to petition government and Second Amendment firearm rights. S.265 could potentially result in citizens being punished for criticism (not threats) of certain groups, which is clearly protected First Amendment speech.

Mandate Conserving Half of Vermont Land from Development (H.606). Passed 98-42 on March 15, 2022. H.606 mandates conserving 30% of Vermont land by 2030, and 50% by 2050. Vermont would need to conserve another 6-8% of its private and public lands by 2030, and more than double its land conservation by 2050. Conserved land would gain "permanent protection" of a "natural state" of land, or could by subject to "long-term forest management." It is unclear what would happen if Vermont failed to meet these mandates, though conservation groups could conceivably sue Vermont for failing to address climate change quickly enough under the 2020 GWSA. Those voting YES believe greater conservation of land under H.606 will reduce the damage that climate change will have on Vermont ecosystems. Those voting NO believe creating new mandates will only increase the cost of living and intensify Vermont’s housing crisis, if less land is available for residential and commercial development. A land grab against private landowners is possible.

Enact Contractor Registration & 3 Housing Programs (S.226). Passed 103-42 on May 6, 2022. S.226 would enact a Residential Contractors Registry, requiring contractors to pay $75-250 annually to work legally in state, with an option of becoming certified in specific areas of contracting. S.226 also seeks to increase Vermont’s housing stock and make existing homes more affordable, by spending $20 million in federal ARPA funding on three housing programs. Those voting YES believe S.226 will protect Vermonters from contractor fraud, while the programs will alleviate Vermont’s housing crisis. Those voting NO opposed the contractor registry portion of the bill, believing home improvement fraud is rare enough that government intrusion is unnecessary. When fraud does happen, Vermont government has been reluctant to use the tools available to address it. Contractors are likely to raise their rates to cover the registry charge and added paperwork needed to do their jobs.

Create ‘Environmental Rights’ to Defend (S.148). Passed 109-31 on May 3, 2022. S.148 would acknowledge the environmental disparities minorities face in Vermont and to give those minorities more chances to live and work in the safest and least polluted areas of Vermont. A new 17-member Environmental Justice Advisory Council and an 11-member Interagency Environmental Justice Committee would make recommendations to the Legislature and Vermont government agencies for integrating environmental justice principles into State policy. Those voting YES argued that minorities live and work in environmentally undesirable locations relative to white Vermonters. Those voting NO are wary of adding 28 individuals to Vermont’s bureaucracy (insulated from Vermont citizen objections), who will likely make costly recommendations, with no shortage of ‘injustices’ to alleviate.

Expand Police Reporting, Study Misconduct & Interrogation (S.250). Passed 99-48 on May 11, 2022. First, S.250 expands obligated police collection of demographic data from roadside stops to any police encounter with citizens. Second, it creates a database of pending police infractions against individual officers. Finally, a study of appropriate police interrogation is authorized. Those voting YES believe more substantial data collection on police encounters and oversight of police interrogation techniques are needed. Those voting NO believe that expanding police encounter data will overburden exhausted police with more paperwork, exhibiting a distrust in the police that makes recruitment and retention difficult. The interrogation study begins with a bias against police already, having reached a predetermined conclusion that future legislation is needed to correct police misconduct.

Make Town Withdrawal from School Districts More Difficult (H.727). Passed 98-39 on March 17, 2022. H.727 encourages multi-town school district foundation and discourages town school withdrawal from school districts. Current Vermont statute allows town citizens to bring school withdrawal from a district to a vote. H.727 would require more paperwork to be completed before the proposed withdrawal goes to vote, and gives the State Board of Education a final say in that withdrawal process. Those voting YES believe school withdrawal requires more serious deliberation than is currently the case, and want to give Vermont veto authority in such decisions. Those voting NO objected to the added paperwork that is especially onerous for smaller towns hoping to separate from their district. H.727 takes away local decision-making power and centralizes it in the State Board of Education.

Ensure Assisted Suicide is Voluntary (S.74). Failed 41-98 on April 13, 2022. S.74 would expand Vermont’s euthanasia law to allow terminally ill individuals to order the drugs they need to kill themselves exclusively with video telemedicine. The Donahue Amendment of S.74 would safeguard against the possibility of coercion by insisting that one of the patient’s appointments be in-person. Those voting YES believe eliminating the in-person requirement could make it much easier for those with authority over the individual to coerce the patient into ending their life before they would like to. Those voting NO believe many terminally ill Vermonters are not well enough to visit a healthcare provider, making video telemedicine the logical option.

No legislative action to report yet! Check back later this year.