With the “Woke” seeping with their poisonous politics into every aspect of American culture like a bad smell, it’s sad but not 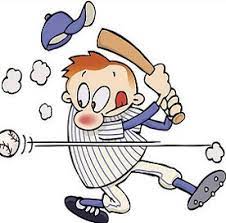 shocking to see Major League Baseball caving to calls to move the All Star Game out of Atlanta, Georgia, to Denver, Colorado. Here, in a nutshell, is why this is so colossally stupid, and why this episode should serve as a cautionary tale for Black Americans who think it might be a good idea to get into political bed with these dishonest, selfish, manipulative people….

The “Woke” faux outrage is over Georgia’s post-Covid election law reforms. I say “faux” because the scandal is entirely manufactured by a media willing to blatantly lie, and the power-hungry politicians in Washington who desire to control electoral outcomes by nationalizing election law, and obliterating state’s rights. To do so, they need a story so horrific – racists “suppressing” Black voters at the state level – that a public as outraged as it is ignorant will not just allow but cheer on the subversion of the Constitution.

President Biden himself called Georgia’s laws, “Jim Crow on steroids.” This is an insult to all Black Americans who actually lived through Jim Crow and fought to overthrow it. And it’s a blatant lie about Georgia’s law. In fact, The Atlanta Journal & Constitution had to issue a correction to its own reporting, admitting the Georgia law actually, in the aggregate, increases citizen access to the ballot box. Even the Washington Post fact checkers gave Biden’s claims “Four Pinocchios” for its complete lack of truth.

But a detailed evaluation of the Georgia law is for another time. This is about the Woke response and how it reveals Woke care about Black Communities and voting rights is really a sham.

First, Care for Black Communities. Atlanta, where the MLB All Star Game was set to be played this July, is a majority Black city (51%). In Atlanta, nearly 30% of businesses are Black owned. The median household income is $59,948. The economic impact of moving the game out this community is estimated at $100 million. This is who will be punished by the Woke. Who will be rewarded? The city of Denver, Colorado, which is 81% White, and less than 10% Black. It is among the top dozen “whitest” cities in the country, and of all the U.S. cities that host major league baseball teams, it is the whitest. Denverites have a median household income of $68,592. So, in Woke-land, the way you combat “Jim Crow” racism is to shift economic activity and opportunity away from poorer Blacker communities to richer Whiter communities. Brilliant. (This, by the way, is not a unique pattern of Woke policy in practice.)

And, Care About Voting Rights. Georgia is being raked over the coals for Voter ID provisions in its election laws, the length of time allowed for early voting, and a totally misrepresented statute that disallows partisan activists from campaigning and handing out campaign materials (including food and drinks) to voters waiting in line less than 150 feet from a polling place. So, Colorado should have none of these things, right? Or at least vastly more liberal iterations of them? Nope.

Colorado requires a valid ID for all voters showing up in person at the polls, such as a driver’s license, passport, IRS issued ID card, or other options. If you vote by mail in Colorado, which most people do, strict signature verification takes place before your vote is processed. Early voting? “Racist” Georgia mandates 17 days of early voting plus two optional (local choice) Sundays for “Souls to the Polls” programs traditional in Black church communities. “Woke” Colorado allows just 15 days of early voting. Colorado also bans the controversial practice of “ballot harvesting,” and vigorously purges its rolls of ineligible voters. As for campaigning to voters waiting in line, it’s illegal in Colorado, too, 100 feet from a polling place. (For my Vermont readers, this is illegal here as well. We’ve been living under Jim Crow all these years! Who knew?)

So, no, the Woke do not care about what actual voting laws are or do, nor about how they actually impact voters of any or all demographic backgrounds. They do not care about improving the lives and prospects of Black communities, at least not if such improvements come at cost of hindering their twisted political agenda and quest for power and control. If you consider yourself Woke to the history of racism in U.S. and its legacy, that’s great. But if you’re still asleep to how you’re being manipulated into becoming the very thing you think you’re fighting against, wake up!