Watching the Afghanistan debacle unfold, it’s easy to understand why people and pundits are grumbling that 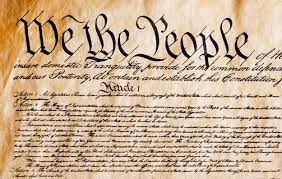 the Commander in Chief needs to go. His competency is highly questionable. Even before the election there were legitimate questions raised about Joe Biden’s mental state, and less legitimate conspiracies about his being a Trojan Horse candidate who would step aside or be removed to make way of Kamala Harris. None of this is going to happen. He won’t resign, he won’t be impeached, he won’t be Article 25-ed. Democrats won’t let it happen. Ever. At least until after the mid-term elections in November 2022. They will go full-on “Weekend at Bernie’s” before they let Joe go. Here’s why…

If Joe Biden vacates the office of President for any reason, Kamala Harris will become president. This presents two problems for the majority party. One, Harris is hugely unpopular. As bad as Biden is, and his poll numbers are dropping, Harris would be far worse going into the 2022 elections. But, even if that dynamic were to somehow reverse itself, if Harris suddenly became president, she will no longer be vice president – which means she will no longer be able to cast a tie breaking vote in the Senate. Which means the Democrats’ agenda would be dead in the water.

In case of the removal of the President from office or of his death or resignation, the Vice President shall become President.

Whenever there is a vacancy in the office of the Vice President, the President shall nominate a Vice President who shall take office upon confirmation by a majority vote of both Houses of Congress.

So, not only would Harris no longer be a 51st vote in the Senate to pass legislation she could not be the 51st vote necessary to install her replacement as that 51st vote. Senate Republicans, by dragging out the VP replacement process for… ever (See Merrick Garland for SCOTUS!), could effectively end the Democrats’ ability to pass anything through the upper chamber. It’s possible this is why we are witnessing a sense increased desperation on the part of the Left to pass their high priority agenda items quickly.

Would an Article 25 removal be entertaining? Perhaps. Likely? I think not. Jokes about Joe Biden needing a food taster are unfounded. Democrats will hire a taxidermist for Biden before they hire a hit man.