Why Exactly is the Rent Too D*** High?

A headline in VT Digger declares “Vermont wages well behind cost of rent, national study details.” First question: did we really need a study to tell us that? When politicians run on the issue of “affordability” at the top of the list of unaffordable items is housing. When companies say they have a hard time recruiting workers to come to Vermont, the obstacle usually at the top of the list is a lack of affordable housing for the potential employee 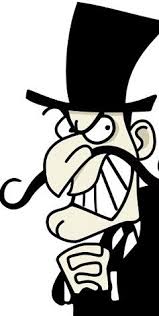 We know this is a general problem. The study by the National Low Income Housing Coalition and the Vermont Affordable Housing Coalition generates some specifics in that “Vermont’s full-time workers need to earn $23.68 an hour, or $49,258 annually, to afford a two-bedroom apartment at fair market rent,” and that number is higher in Chittenden/Franklin/Grand Isle Counties to the tune of $31.31 per hour.

So, then next time a politician laments on the campaign trail that the rent is too damn high, take a moment to see if their voting record is part of the solution, or part of the problem.