Who’s Really Racist in the Fight Over Mascots?

Rutland High School is engaged in the latest case of attempted virtue signaling by changing the name of a sports team. The 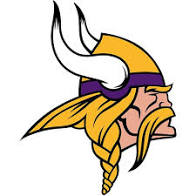 Raiders, whose logo is an arrowhead, are on the chopping block because, allegedly, racism. But what’s really racist here? Keeping and honoring a Native American symbol of pride, community spirit and strength, or eradicating it precisely because it is Native American. Who’s leading this cause, Andrew Jackson?

What this weird and growing phenomenon is really about in its effect is the systematic elimination of Mascots of Color. Which is, when you think about it, kinda racist.

Mascots can be Celtics (basically the white, European version of Native American Indian tribes), Whalers (white Quakers for the most part), Patriots (old, dead white guys), Yankees (white Northeasterners) Spartans or Trojans (white founders of Western civilization), Pirates (though the crews were diverse, the famous captains were mostly white), Knights (white defenders of monarchy), Vikings (really white guys), Cowboys (pretty much all white)…. But, increasingly and oddly in these days of supposed inclusivity, Mascots of Color need not apply. And if one already has the job, prepare to be eliminated.

You pick a team name and mascot because it’s something to look up to that will inspire and bring respect. What message does it send to young students when your policy insists that filling such a role with certain people or elements of certain cultures is inappropriate and undesirable? Only one culture and history – that of white Europeans -- is okay. It’s not a positive message at all.

Some might argue that these mascots were put in place in less sensitive times and are therefore inherently reflective of that insensitivity. But, if that’s the case, why aren’t modern-day team names and Mascots of Color that are up-to-date and reflective of that sensitivity being offered as replacements? If “Raiders” is somehow an offensive representation of a Native Americans as a symbol of pride and strength for all to rally around, what’s an appropriate one? If the answer is “none,” that’s pretty offensive, isn’t it?

So, if the Rutland School Board does go forward with this misguided plan to eliminate the Raiders, here’s a suggestion for the new name: The Rutland Blue Cavalry. Because what could be a more appropriate vehicle for displacing an American Indian?