When the Government Isn't Held Liable for Destroying Homes 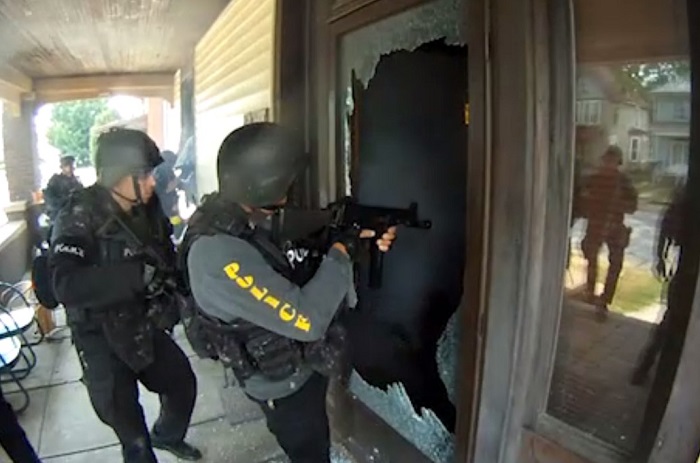 One of my favorite organizations is Institute for Justice, that defends citizens whose property rights are trampled by governments. One recent case is that of Vicki Baker, who lives in a suburb of Dallas.

A police alert sought a man who made off with a teenage girl. It was a man the Bakers had hired months before to install shelves. Suddenly he showed up at their door, with the girl, and asked to use the phone. Baker’s daughter let him in, then ran out and called the police, met them, and gave them keys to the garage and back door.

The police surrounded the house. Then came the SWAT Team, that decided to enter the house with explosives, toxic gas and an armored vehicle. The result was $80,000 worth of damage and a ruined, unsalable home. The kidnapper committed suicide.

The insurance company refused to pay, saying it wasn’t liable for damage caused by the government. The city refused to pay. Vicki Baker lost her house and most of her retirement savings.

Institute for Justice took her case, saying “If the government never has to pay for the damage when it chooses to use a tank rather than a garage door opener, it has no incentive to use less destructive means to achieve its goals in the future.”

Institute for Justice is still in the courts battling for compensation for Vicki Baker, and for the rights of all of us.