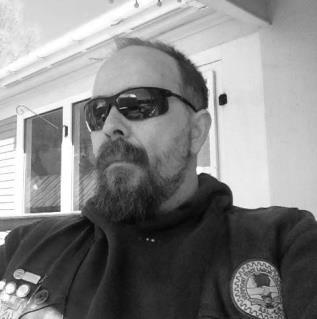 On January 19, the Vermont AFL-CIO labor union hosted a virtual panel discussion, in which they answered questions from members of Vermont Interfaith Action, a left-leaning faith-based, political action group.

Guest Malcolm Fitzpatrick, asked Vermont AFL-CIO President David van Deusen, “I was wondering if we could have a discussion among the Interfaith, about the pros and cons Michael Moore raises (in his documentary “Planet of the Humans”). He accuses us environmentalists of being white people who are trying to change the climate change into something that will only benefit the higher income people….”

Van Deusen answers Fitzpatrick by discussing one such policy that may “only benefit higher income people,” the Transportation Climate Initiative. "It’s going to highlight places where we need to work things out. I have no doubt that 90% of the people in this (virtual) room supported TCI. The AFL-CIO of Vermont made the decision to publicly oppose TCI. And the reason we did, is that we ultimately felt that it was going to be hard-working people driving to work, that were going to suffer a $0.15 gallon tax... And they would have spent more money to get to work every day, when they’re struggling so hard right now, just to make ends meet. And if you see a hitchhiker on the side of the road, a lot of times those are carpenters and things like that, their car broke down, right?”

While I’ve never stopped to ask a hitchhiker their occupation, Van Deusen’s main point still stands. Van Deusen knows how Vermont politics works. While our legislators may insist that lower income Vermont residents will be better off after TCI because our legislators will get even more money from the TCI regional bureaucrats than they gave in gas taxes, this is unlikely.

Not only will this money have to pass through the hands of opportunistic legislators, it would also have to pass through the hands of TCI bureaucrats (most of whom are not from Vermont) before it “comes back” to low-income Vermonters, of whom Van Deusen presumes to represent. Vermont’s legislature has a long history of “borrowing” from some pots of tax money for various spending projects without putting that money back. If legislators who are elected every two years feel comfortable ‘dipping into the money pot,’ how much more so would out of state, appointed bureaucrats? Van Deusen may not always have the interests of non-union low-income Vermonters at heart, but he does so here.

David Flemming is an energy policy analyst at the Ethan Allen Institute.