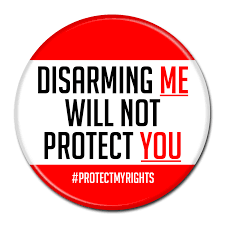 Three years ago Vermont raised the age for purchasing any firearm from 18 to 21. But on July 13, a three judge panel of the Fourth Circuit Court of Appeals ruled that a Federal law barring the sale of handguns to persons under 21 was unconstitutional, calling into question Vermont’s 2018 action.

The plaintiff in the federal case was 19-year-old Natalia Marshall, who obtained a protective order against an abusive ex-boyfriend who had been arrested for possessing a firearm and controlled substances. He posted bail and did not show up to court proceedings. Ms. Marshall works in rural areas as an equestrian trainer. She was denied the opportunity to purchase a handgun because of the 1968 federal law.

Judge Julius Richardson held that the Second Amendment extends to 18- to 20-year-olds, saying  “In the law, a line must sometimes be drawn. But there must be a reason why constitutional rights cannot be enjoyed until a certain age. Our nation’s most cherished constitutional rights vest no later than 18. And the Second Amendment’s right to keep and bear arms is no different.”  When the Founders drafted the Constitution, he reasoned, laws required 18-year-olds to join the militia and even bring their own guns. “While some historical restrictions existed, none support finding that 18-year-olds lack rights under the Second Amendment,” the judge wrote.

If the ruling is upheld at the Supreme Court, look for a case against the Vermont law as well.