12 years before Vermont passed the Global Warming Solutions Act (GWSA) in 2020, Massachusetts passed their own GWSA in 2008. The two policies mirror each other closely. Perhaps irrelevant, if you discounted VT and MA politicians' need to one-up each other. 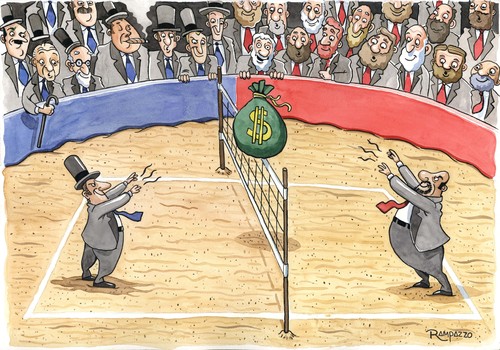 And while many have called into question the feasibility of Vermont’s GWSA goals in the past, Massachusetts State Senator Michael Barrett believes Massachusetts will reach their GWSA 2020 goals. However, Barrett notes that “a bitter consequence is that we’ve met our climate (GWSA) goals by bringing an end to all kinds of human behavior. This isn’t the way you want to meet your goals.”

Massachusetts only reached their 2020 goal because of Covid-19 restrictions on travel. If it takes a pandemic for Massachusetts to reach it goals, that should tell you how many sacrifices Vermonters must prepare to make, just to reach our 2025 GWSA goals, never mind the 2050 goal.

While Barrett cites Massachusetts’ return to normal CO2 levels in the second half of 2020 as a reason for seeking a more ambitious GWSA, other, more nefarious forces could be to blame.

Massachusetts lawmakers and lobbyists are seeking to create stricter sanctions for their GWSA by instituting an “independent climate policy commission to monitor the state’s progress in achieving its goals… (composed of) scientists, journalists, academics and representatives from organized labor and minority communities.” Sound familiar? Vermont’s 23-member Climate Council comes to mind.

And months ago, Massachusetts Gov. Charlie Baker announced the state’s plans to reach net-zero emissions by 2050. This will require more sacrifices from industry and taxpayers than the Massachusetts 2008 GWSA’s 80% reduction goal.

Since the Massachusetts Legislature and Governor are on the same page, it seems inevitable that Massachusetts may soon leapfrog Vermont for title of State Climate King, by turning the net zero 2050 proposal into law.

But lobbyists are never satisfied with what the political status quo, however hurtful to taxpayers it may prove to be. “I worry that (Massachusetts is) slipping away as a leader,” says Sam Payne of 350 Massachusetts. Payne and other lobbyists are calling for net zero carbon emissions in Massachusetts by Massachusetts, twenty years sooner than Baker’s proposal. Such a costly goal is “entirely achievable” if you take Payne’s word for it.

You can bet that Vermont’s 2020 GWSA will soon become the “lightweight climate position,” and Vermont’s green lobby looks to retake our climate leadership mantle from Massachusetts, by somehow surpassing “net zero by 2050, rather than a ‘mere’ 80% by 2050. Vermont temporarily gained the advantage for most powerful unelected state bureaucracy when the Vermont GWSA created the Climate Council. Our legislators will need to keep crafting climate legislation if they hope to keep pace with Massachusetts.

Although there is a political appetite for zero emissions by 2030, it would be economically devastating.

Just an upgraded electric grid equipped to handle thousands of small solar generators comes with a  $1.2 billion price tag. And that doesn’t include the unknown higher cost of renewable electricity. The grid upgrade proposal last saw action in committee in March 2020, but now that that GWSA is law as of September, no doubt our legislators will give it greater consideration in 2021.

Vermont’s and Massachusetts so-called “climate leaders” are paying more attention to the ambitious ‘climate action’ plans of other states than the costs that they will force their own taxpayers to shoulder. But real leaders don’t feel the need to constantly re-commit their ‘followers’ (many of whom are unwilling taxpayers) to seek grander goals with each passing year. Especially not when successively larger swaths of each state’s respective economies would need to shut down to achieve them.

David Flemming is a policy analyst at the Ethan Allen Institute