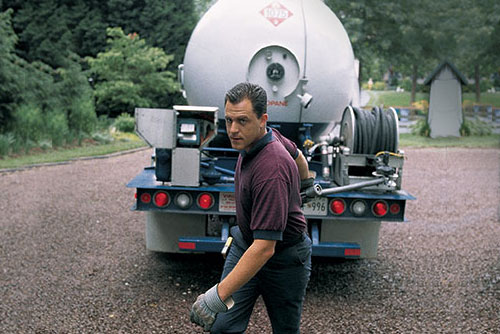 On March 16-17, the Vermont House passed H.715 – the “Clean Heat Standard” (CHS) bill – and sent it to the Senate. The bill directs the Public Utility Commission (PUC) to create and distribute “clean heat credits” to various persons that reduce fossil fuel combustion emissions by 1) improving the energy efficiency of homes and buildings or 2) switch heating systems from fuel oil and natural gas to electric heat pumps, pellet stoves, and biofuels. Fuel distributors will be required to earn or purchase unspecified amounts of these credits. Failure to comply will trigger PUC-imposed fines on non-complying parties.

The costs of these emissions-reducing measures will be added to the price of heating fuels purchased by home owners and businesses. EAI has labeled these consumer costs increases as a “stealth carbon tax” necessitated by the climate movement’s inability to get the legislature to enact a visible carbon tax.

The vote to advance H.715 was 96-44. No Republican voted for it, and no Democrat or Progressive voted against it. Before the vote, representatives Harrison, Fagan and Murphy offered an amendment to require a legislative vote on an economic impact study before the Plan can be activated in 2023. It was rejected by the same 96-44 vote.

At his weekly press briefing on March 15, Gov. Phil Scott expressed his concerns about the bill, “I'm opposed to having the PUC be the final destination of that decision making.” He added that the CHS should come back to the legislature for approval once it has been fully fleshed out – and ultimately to his desk. A spokesperson for Scott that the governor supports reducing greenhouse gas emissions to combat climate change, but won't support measures that exacerbate what he calls "a crisis of affordability."

The Governor, who has long opposed regressive taxes on working people, did not characterize the increased heating fuel costs that will follow the Clean Heat Standard as carbon taxes, even though all the House members of his party (as well as EAI) opposed the bill for that reason.

– John McClaughry is vice president of the Ethan Allen Institute.