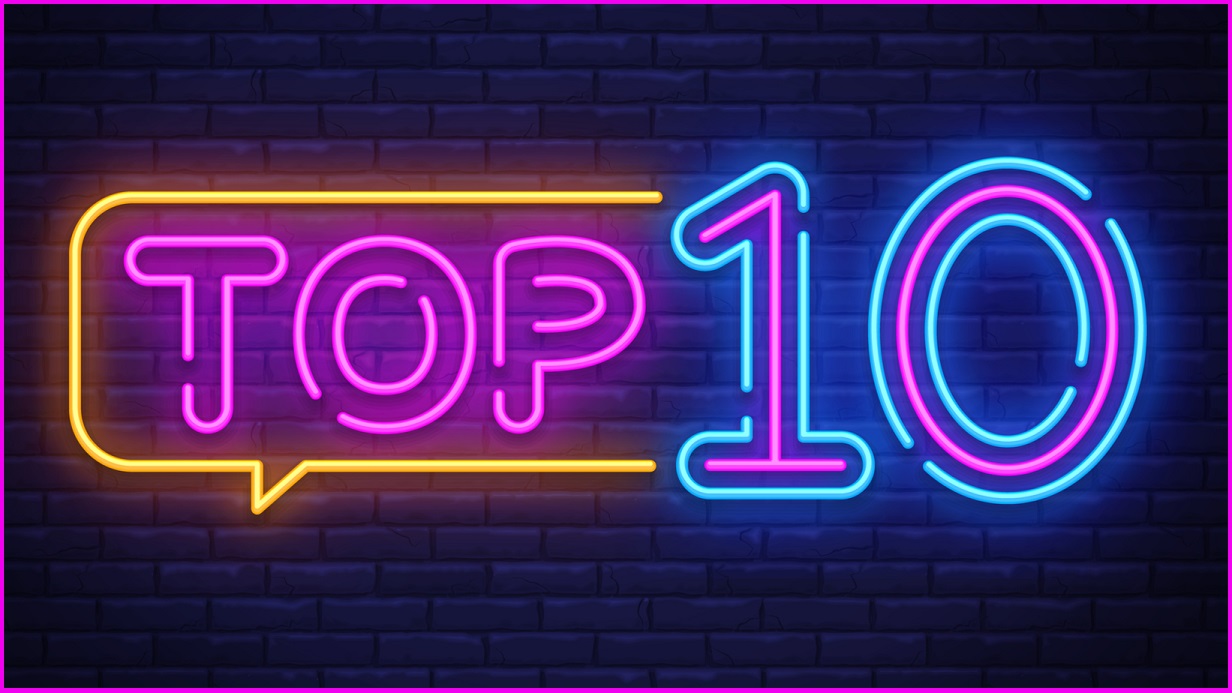 2020 was an unprecedented year. From Covid-19 outbreaks, to entire swaths of the economy shut down, to peaceful/violent protests, we saw a little bit of everything. And while their may seem to be more bad news than good this year, the tail end of 2020 has brought hope with a Covid-19 vaccine. As we yearn to turn the calendar to January, it may help us to reflect on the most meaningful cultural and political events of 2020, to make us wiser for the future decisions we will make in 2021.

The Ethan Allen Institute Blog is a forum for our members and followers to post and share a variety of perspectives on topical issues. We encourage diverse, and civil debate. These opinions do not necessarily reflect the position of the Institute. We post on our blog a couple times a week, which means that we’ve published over 100 pieces this year. We decided to look at the numbers, to see which posts you thought were most popular and relevant to the statewide dialogue.

By Rob Roper
According to a poll of 600 Vermonters, majorities oppose key components of environmental legislation, the recently passed Global Warming Solutions Act (GWSA), and the pending Transportation Climate Initiative (TCI). While a plurality shows tepid support for TCI as a concept (48% Strongly or Somewhat Support Vermont joining TCI compared to 39% who Strongly or Somewhat Oppose it), majorities oppose the key details that make up the policy’s substance. For example, asked, “If joining TCI meant paying an additional tax or fee on gasoline and diesel vehicle fuels of up to 17 cents per gallon in the first year, and increasing annually, would you support or oppose Vermont joining TCI?” support dropped to 38%  … (Read more)

By John McClaughry
A woman in Barre Town, excited by the epidemic of statue demolishing, is calling for removing the statue of Col. Ethan Allen from the front portico of the Vermont State House. Why? Because Ethan and his brothers led and defended the white settlement movement into the New Hampshire Grants in the 1770s, and the land once roamed by the Abenaki ended up in Anglo ownership. It’s true that in the 17th century, white settlers pushed northwest into what is now Vermont. The Abenaki living here resisted, and gladly cooperated with the French in Canada, who wanted to stem British expansion. There were three bloody Abenaki Wars, the last one ending … (Read more)

Counting the Lives Lost to Flatten the Curve

By David Flemming
Most of us who have spent time online have seen at least some variation of the “Flatten the Curve” graphic. The idea is simple: individuals and governments must take steps to spread the coronavirus at a slower rate, or our healthcare system’s capacity will be overwhelmed by infected patients. The vast majority of Vermonters and Americans began taking precautions weeks ago, such as frequent hand washing and social distancing. But the cases of Covid-19 kept popping up, and Vermont’s government scaled up its response. Governor Scott issued a stay at home order on March 24, saying “I fully recognize the emotional, financial and economic impact of these decisions, but … (Read more)

By Rob Roper
In a spectacular example of fiddling while Vermont burns, the Senate Finance Committee voted 6-1 to advance a bill, S.227, to “to prohibit the provision by lodging establishments of personal use products in small plastic bottles.” This directive would come as Vermont’s hotels and bed and breakfasts, a huge part of Vermont’s critical tourism industry, have been decimated by the COVID-19 prevention measures. Sen. Randy Brock (R-Franklin) had this to say about it: “Why are we doing this? Well, one of the things we heard is because the large hotel companies are already going in that direction. And they may be. So that again is my point of why … (Read more)

By John McClaughry
Attorney General T. J. Donovan raised some eyebrows last week when he said that violation of Gov. Scott’s Executive Order could result in civil fines of $1000 a day, and even criminal penalties of $500 or six months in jail or both. I made it a point to inquire of the AG just whence originated this power to enforce a governor’s executive order, never voted on by our legislators, with civil and criminal penalties. His office cited two provisions of Title 20 Vermont Statutes, Chapter 1, sections 24 and 40.  This is the chapter that defines the governor’s emergency powers, which are extremely … (Read more)

By David Flemming
Yes, that’s apparently a serious question. Online petitions have become a popular way to rally around various social issues in recent years. “Justice for George Floyd” has garnered 19,500,592 online signatures at the time I am writing this. I spotted a far more trivial petition yesterday on Change.org innocuously entitled “Change WRJ to River Junction.” Before reading the petition itself, one can deduce that “WRJ” stands for “White River Junction” a town in central Vermont close to the New Hampshire border, population 2,200. The abbreviation seems normal enough in this age of acronyms, but hints at absurdity later on. Notice how the word “white” is avoided. The explanation for the petition takes less than 30 seconds … (Read more)

Pandemic Push Back: Vermonters Should Speak Up Now Before It’s Too Late

By Aimee Stephenson, Ph.D.
As Vermont begins to re-open, I am hopeful to see more of my friends beginning to relax. Fear is a funny thing. Similar to our perceptions of risk and safety, fear is deeply personal. Getting over fear and moving toward a feeling of safety again is something each individual must reconcile within them self. But what will help us along the path to getting over our fears? For me, there are three things I find helpful. The first is learning more and gathering additional information to rationally and logically assess a situation. The second is knowing I am not alone in the conclusions I draw. … (Read more)

“The Legislature doesn’t understand the reality of running a business”

By Rob Roper
A sad story in the Valley Reporter tells of the difficult challenges forcing major changes at an iconic local business, The Mad River Barn in Fayston, and one owner’s intention to leave Vermont for more business-friendly Florida. While the COVID-19 economic shutdown was the last straw for the inn/restaurant/wedding venue, it was not the only straw. As the Valley Reporter states regarding owners Heather Brown and Andy Lynds:  Brown said that the impact of the political climate in Vermont on their ability to run a successful business was significant. She cited a minimum wage law that increased front-of-the-house hourly wages by … (Read more)

So Much for the Plastic Bag Ban

By John McClaughry
Remember last year when the cry went up to ban those awful plastic grocery bags, that were made from natural gas, a climate wrecking fossil fuel, and clogged up the recycling stream? The forces of climate virtue succeeded in enacting the ban. Groceries were required to ask customers to bring their own bags, or pay a dime for a paper bag, made from cutting down the forests that would otherwise absorb that frightful carbon dioxide pollution. The Sanitary Choice! The ban on plastic bag cause first appeared in that hotbed of progressive causes, San Francisco in 2007. But two weeks ago the city’s Department of Health issued new behavioral guidelines, to ban people from … (Read more)

Merit vs. Diversity in the VT Senate

By David Flemming
On Tuesday, the Vermont Senate considered a bill for amending the selection process behind the Board of Trustees at the University of Vermont (a public university). One Vermont Senator lambasted the new approach, calling into question why diversity should take precedence over merit to be on the Board. The UVM board currently has 20 men and 5 women. The bill would create a “State goal” for which the UVM Board would “achieve gender balance by 2025…that the 25 member Board is composed of 12 or 13 members who identify as women.” Senator Brock (R-Franklin) questioned this thinking (watch Brock’s statement here). “When we fill positions, when we elect people, when we do any other form of selection, we do it on the basis of … (Read more)