The Superabundance of Climate Lobbyists

I took some time last week to work through the photo book of registered lobbyists at the Vermont State House, with a particular eye for the number of them announced as working for “climate change” legislation. 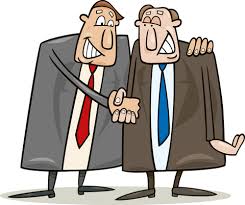 I focused on just four organizations battling for more climate change legislation, although there are several more lobbyists employed by contract lobbyists like the Necrason Group and the Nature Conservancy who could reasonably be included.

How much do these groups spend to influence our legislators? Of the top three, VPIRG spent $119,916, making them the 9th biggest spender among all lobby groups. VNRC spent $97,973. CLF, which is eager to go to court to enforce the Global Warming Solutions Act that all of these groups battled fiercely for, spent $52,519. The total for these three lobby groups: $270,408.

To put this into perspective, how many lobbyists are working to protect the taxpayer, electric ratepayer, and property owner? Zero. How much was spent for those interests? Zero.

Now you know why you are overtaxed and overregulated by state government.