The Spectacular Decrease in Forest Fires

Last month, VT Digger reported that “the West Coast fires that have ravaged parts of California, Oregon and Washington this summer have been linked definitively to climate change.”

Such statements about natural disasters suggest that everything has gotten worse since the good ol’ days. If the above statement were true, one would expect that we would see a dramatic spike in acres burned from from the era where we burned less CO2 to now. But this is patently false. 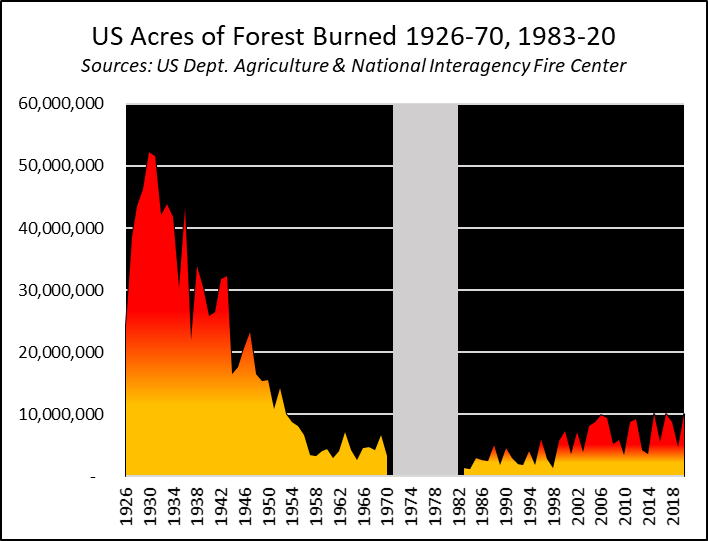 While it is difficult to find a single source of data for the past 100 years, we do have the US Department of Agriculture data contained in Census documentation from 1926 to 1970 and the National Interagency Fire Center’s data from 1983 through last year.

If one definitively believes the climate is indeed changing, the stark contrast between the 1930’s and the 2010’s should offer us hope that humans can learn how to lessen the impact of climate change by thinking creatively (with such tools like better forest management practices such as controlled burns) rather than coercively (increased taxation of life essentials).

Special thanks to Bjorn Lombog for highlighting this trend.