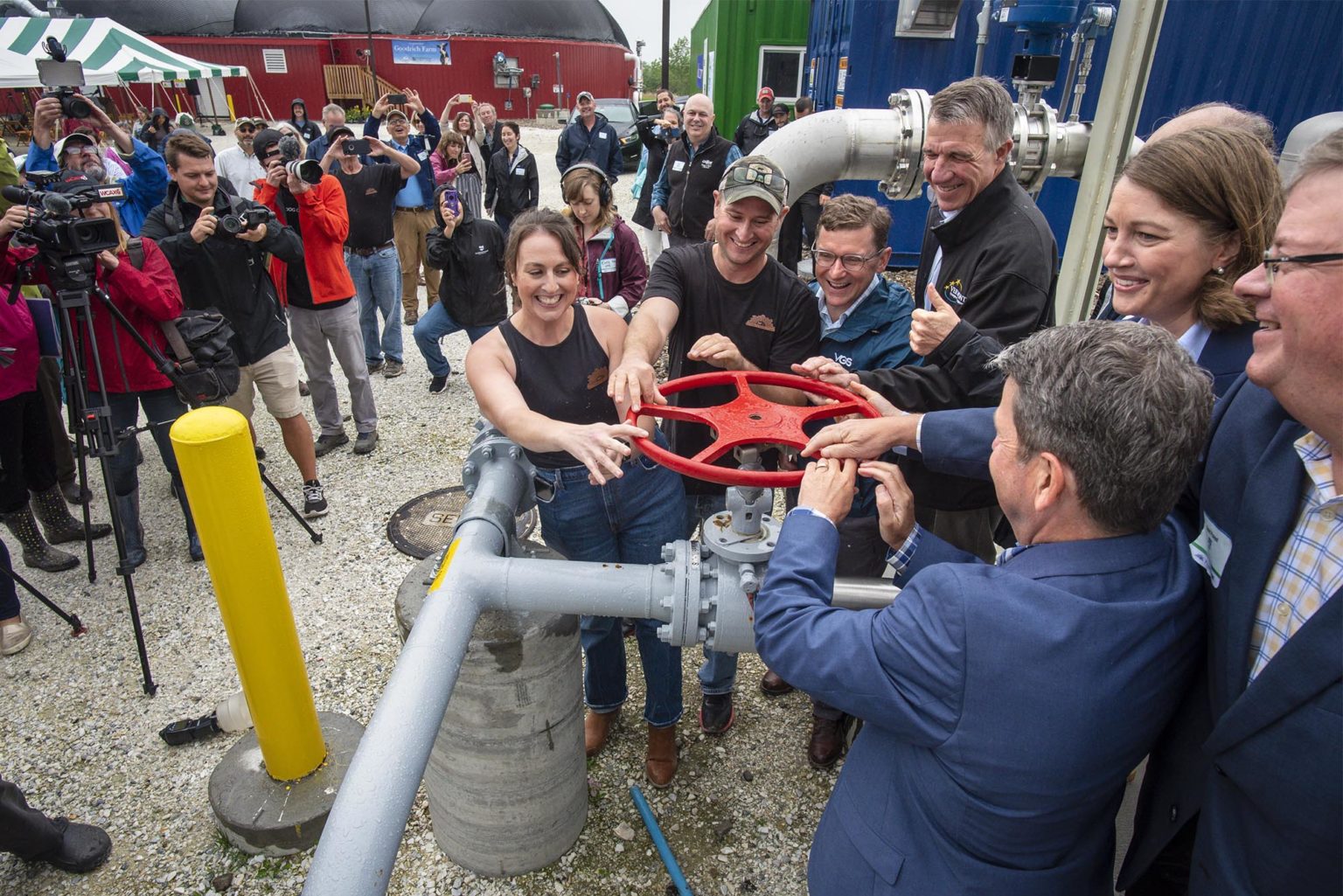 Vermont Digger published a noteworthy story July 21 by reporter Sophia McDermott-Hughes. It’s about the largest anaerobic digester in the Northeast that has just begun full-scale production of renewable natural gas on the Goodrich Family Farm in Salisbury.

She writes “The two …digesters, each the size of about 80 tank trailers, will convert 180 tons of food waste and 100 tons of dairy manure every day to produce enough renewable natural gas to heat 5,000 homes. More than half of the gas produced will go to heat and cool Middlebury College.

“Vanguard Renewables built, owns and will now operate the digester on land leased from the Farm, a third-generation family-owned dairy farm. The digestor will process manure from the Goodrich family’s 900 cows as well as food waste from Vermont businesses, including Cabot Creamery and Ben and Jerry’s...“

“The solid waste separated at the beginning of the digestor’s process will be used as bedding for the dairy cows, and what remains once the natural gas has been extracted  will fertilize the farm’s corn and hay fields.  The system will extract phosphorus before it’s converted into fertilizer, and so reduce the impact on Lake Champlain. The excess phosphorus will be sold to farms in other areas of the state where it won’t cause runoff problems.”

Thank you, Sophia. I give the Vanguard project a gold star for its solution to the phosphorus problem and its contribution to energy efficiency.