The Ones Who Gave Residential Solar a Price Hike

If you have solar panels connected to an electric grid in Vermont, you may have been caught off guard recently by a sizeable increase in a subtle change to the “Energy Efficiency Charge (EEC).”

While your first instinct may be to get angry at the electric utility that billed you, the charge is completely out of their hands. According to Vermont’s Public Utility Commission (which regulates Vermont electric utilities), ”EEC rates are based on customers' consumption. For example, a customer's total energy efficiency charge is based on the number of kWh used.” The money raised from EEC’s is given to Efficiency Vermont, which was created by the Legislature two decades ago.

In July, Doe generated 978 kWh of electricity from solar that he sold to Vermont Electric. He also bought 291 kWh of electricity from Vermont electric. By adding the 978 to 291, we get 1269 kWh of consumed electricity. Multiplied by $0.01188, that $15.08, as denoted Energy Efficiency Charge on the statement. This is more than 20 times the EEC charge from 1 month earlier. We can explain part of this difference by the amount of electricity Doe consumed each month: 54 kWh in June vs. 291 kWh, about 6 times as much.

But that clearly that doesn’t explain the entire difference. Simply put, the EEC is suddenly being applied to the amount of solar electricity generated, not just the non-solar electricity that was received from the grid. In effect, it becomes a “tax” on subsidized solar electricity. Read that again and see if it passes the “common sense” test.

So how much extra did Doe pay in July due to the EEC calculation change? $11.62 ($15.08 - $3.46 if the formula was kept the same). If Doe’s yearlong energy generation and consumption is similar to what it was in June and July, he will spend over $130 more each year on electricity, due to the decision of unelected government bureaucrats. Efficiency Vermont is technically “keeping (EEC) rates the same for 2021” but by changing what the Energy Efficiency Charge actually is, Efficiency Vermont will take a great deal more from their customers through EEC’s than they did in 2020. Unsurprisingly, Efficiency Vermont proposed changing the EEC's definition in the first place.

As noted in John McClaughry’s commentary earlier this month, the Vermont Public Utility Commission is fast gaining the independence to make major economic decisions absent any legislative decree. Of course, the pretense of public input exists, in the chance for “public comment.” But zero public comments were filed for this major change in EEC’s. This cannot be healthy for democracy.

If you keep hearing from your neighbors about how they were so excited to have solar panels installed on their roofs, because they are getting “free electricity,” you may want to think twice before committing to solar. There is no one alive who can predict how the Vermont Public Utility Commission and Efficiency Vermont will alter residential solar's arrangements in the coming years. 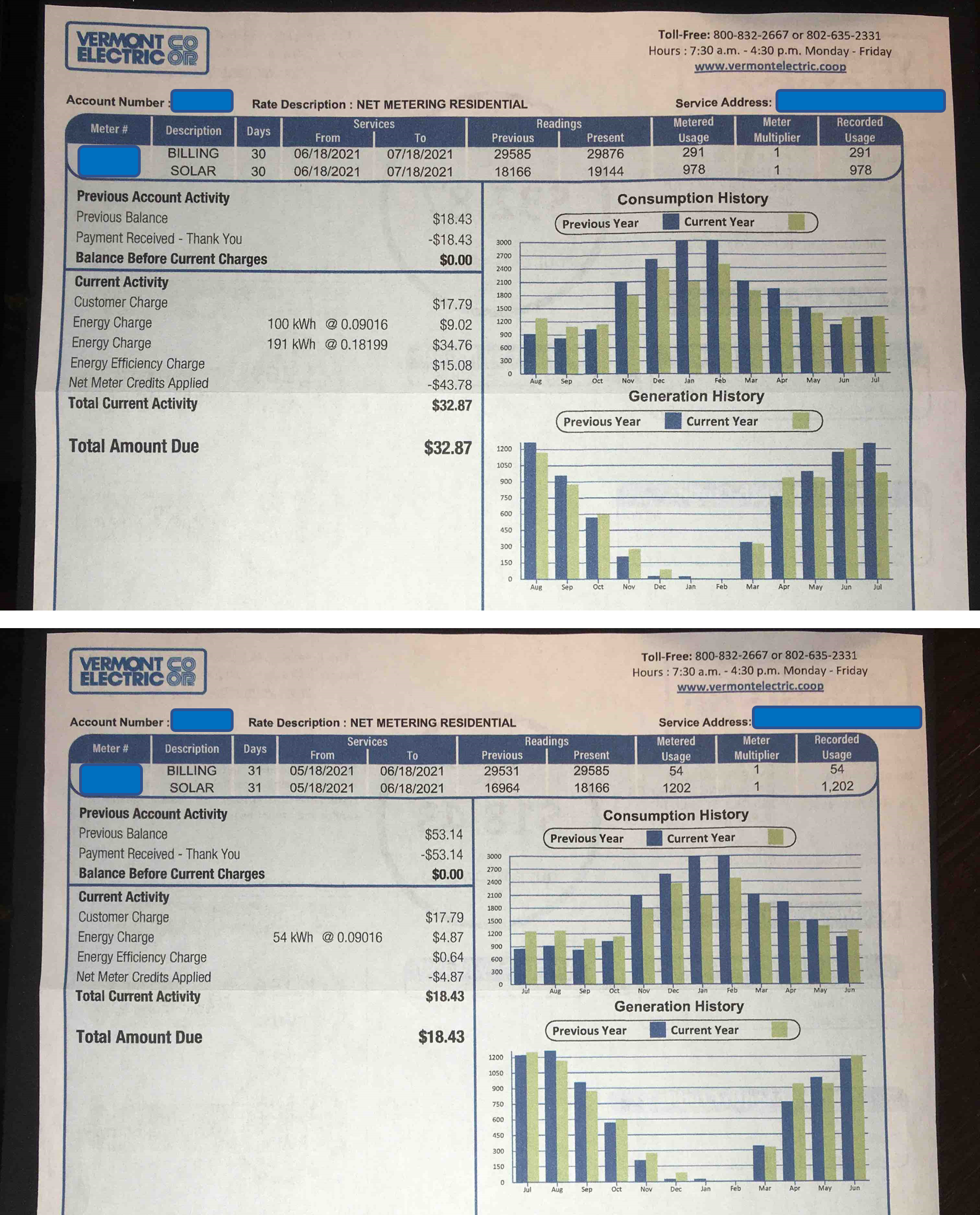