The Fuse Is Lit on Another Massive Tax Bomb

In the legislative session that just concluded, lawmakers passed H.171 nearly unanimously (30-0 in the Senate and 146-1 in the House). The bill, 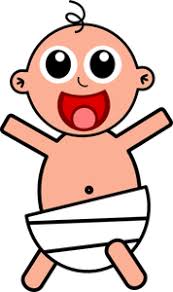 crafted and pushed by the special interest group Let’s Grow Kids, is about expanding taxpayer-funded, government-run preschool programs for kids aged zero to five. Sounds nice. The price tag – and the consequences for thousands of families and hundreds of small businesses – will be massive.

Let’s Grow Kids lays out the goals for H.171. In a nutshell: 1) Capping payments to ensure that no family pays more than 10% of their income for childcare. This, of course, reduces the amount of money entering the system. 2) Establishing a central bureaucracy and infrastructure to oversee the program. This, of course, will require more money coming into the system. And 3) Ensuring that childcare workers are “compensated on par with their colleagues in similar professions” (read, “unionized public school teachers”), which, of course, will require a lot more money coming into the system.

If you can do basic math, you see the problem here. Reducing revenues while increasing costs creates a revenue gap. Enter the taxpayer! Let’s Grow Kids calls for the revenue questions – amounts and methods -- to be addressed in 2023 (no sense causing a fuss now), but earlier publications by the group place the expected need for new money between $300 and $500 million annually, and that’s probably a lowball estimate. As it is, we’re talking between 25% and 30% of what we currently pay for public k-12. A lot of money.

Where will that money come from? A massive increase in property taxes is one option. A new payroll tax would be another. Expanding the sales tax to cover services and essential goods. Certainly, there will be calls to “tax the rich!” A combination of all might be necessary to cover such a large amount.

But there are already other claims on those as-of-yet-unrealized pots of cash: climate change and the Global Warming Solutions Act, paid family leave, and solving the $6 billion unfunded public pension liability crisis to name a few. Not to mention the fact that the already overburdened taxpayers to whom the money belongs are not eager to part with it for any new government program.

But, say the proponents, it’s for the kids and working parents and the overall greater economic good, so we should suck it up and pony up. Right?

Studies, such as those of the Quebec universal pre-k program and Tennessee’s voluntary pre-k program actually show long-term harm to children who took part as opposed to control group children who didn’t. Early benefits in kindergarten “fade out” by first or second grade, and by third grade non-participants in pre-k are outperforming their pre-k peers. Other studies, such as the Head Start Impact Study of 2010, also record the quick fade out phenomenon of such programs. In Vermont, we have been expanding “high quality” government pre-k programs in terms of cost and scope since 2007 and test results down the line at the 4th and 8th grade levels have declined. Perhaps this is worth an in-depth study before we start spending a half a billion a year.

What about letting parents get back into the workforce to boost economic development? A recent study by Jason Ferman, a former Obama advisor, and others at the Peterson Institute of International Economics concluded “that child care disruptions had very little impact on parents’ employment over the past year, and that government efforts to subsidize child care won’t lead to substantial increases in labor force participation.” (FEE, 6/12/21)

But don’t we need more and more affordable childcare options? Yes. Unfortunately, government intrusion into the marketplace – overregulation and anti-competitive subsidization of preferred vendors causing the un-favored to go out of business – has contributed to the high costs if care and the decline of childcare availability.

Programs like the ones proposed in H.171 are the problem, not the solution.