The Answer to CRT Controversy In Schools is School Choice 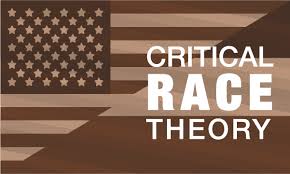 A number of Vermont media outlets recently covered two dueling meetings in Essex over Critical Race Theory and what it means for public education. One meeting in the Grange Hall – “an audience of more than 100”, according to Seven Days – opposed how race was being discussed in schools. Across the street “The 40 or so participants” in a counter-rally expressed the opposite view.

Similar themes emerged in Rutland, coming to a head in a hotly contested House of Representatives election last November wherein challenger Art Peterson, a Republican candidate, was a lead figure in gathering over 500 signatures on a petition asking the local school boards to refrain from flying Black Lives Matter and Gay Pride flags over the public schools. A counter petition in support of the flags was circulated garnering over 400 signatures. Peterson went on to oust 16-year incumbent Dave Potter, a Democrat, from the house seat by 45 votes.

Communities throughout the state are clearly divided over the issue. The solution, of course, is school choice. As long as kids are forced into one-size-fits-all classrooms and curricula, there will be angry battles tearing communities apart over what that one-size is going to be and who it’s going to fit. Whatever the ultimate outcomes, roughly half of the students and families will end up on the losing side of the battle and will not be pleased. This is not conducive to a nurturing, productive educational environment.

So, school choice. If parents want their kids to be taught a curriculum in an environment based on Critical Race Theory, give them the option to seek out (or remain in) a school the fits those needs. If parents don’t want that for their kids but would rather a school with a mission focused on reading, writing, and arithmetic sans politics, let them place their kids in school that embraces that mission. In both cases, let the money follow the child. Both sides will be content, divisive community disputes pass into the rear view mirror, and all schools can get back down to the business of educating children.

School choice will benefit everybody. If you really believe in a social justice – the real thing, not just a bumper sticker slogan -- school choice for everyone should be an easy cause to embrace.  According to a 2019 Harvard University study:

So, the question is, are white liberals actually listening to and supporting the communities they supposedly champion, or are white liberals virtue signaling with their words but throwing minorities under the proverbial school bus with when exercising true policy power. I think we know the answer.

Rob Roper is president of the Ethan Allen Institute.