Why We Signed the TCI Opposition Letter 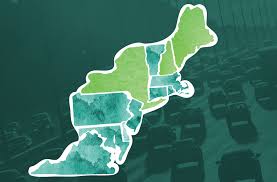 Three weeks ago I wrote a commentary titled “Goodbye to TCI”, the Transportation and Climate Initiative. Only three of the intended 12 state governors agreed to sign on to this regional gas and diesel fuel tax scheme. Gov. Scott was a notable non-signer, because he didn’t see much merit in slapping motor fuel taxes on Vermonters in the middle of a pandemic.

Last week a group of free market think tanks in the TCI states, including the Ethan Allen Institute in Vermont, issued an open letter to their governors. It pointed out that research conducted in 2020 at Tufts University seriously undermined the emissions effect of the TCI motor fuel taxes. What the TCI sponsors thought could be achieved with a five to nine cents a gallon tax would really require a tax of 38 cents per gallon.

The letter added that  “TCI will necessarily hurt poor and rural residents much more significantly than their higher income and urban peers. People drive out of necessity. Higher fuel costs will have to come out of other areas of household budgets leading to hard choices for people already struggling to make ends meet. It will also mean that fuel reliant small businesses that transport goods or provide services will have higher operating costs. Those increased expenses will ultimately be passed along to consumers through higher priced products and services.”

TCI is off the table for now, but schemes like this keep coming back. Gov. Scott really ought tell his people to take a long vacation from the TCI planning sessions.