Steve Merrill, who runs a cable access news program in the Northeast Kingdom, was recently banned 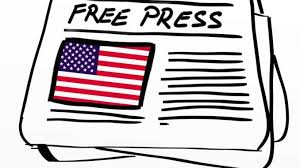 “Governor, you’d mentioned set-asides for the BIPOC community. What with no tribal — federal tribal recognition and, you know, reservations or anything like that, how would one qualify as indigenous?”

Merrill then made a quip about Senator Elizabeth Warren, who in the past classified herself as Native American in situations where such a designation may have helped her more easily gain employment.

The governor’s office subsequently banned Merrill from future press conferences for not being a “real” reporter. The Vermont press corps seemed to agree, a chorus of whom chimed in that the question was offensive. Jane Lindholm of VPR Tweeted, “Can I just acknowledge how offensive this line of questioning is? We're getting into things like the one-drop rule and a longstanding racist history in this country of quantifying and qualifying people based on rubrics of race and ethnicity and who gets to "count".”

Though the quip about Warren’s cheekbones may have been a little gratuitous given the setting, Merrill’s question is more than valid. In fact, it is essential that it be answered. Because, if we are going to go down the road of passing and enforcing laws that are predicated on things like race, gender, gender identity, etc., then race, gender, gender identity etc. need to be legally defined. Otherwise, how can such laws be fairly enforced?

We are seeing this kind of question appear more and more. Who is a legally a woman when it comes to competing in women’s sports, for women’s scholarships, for economic reward? Vermont’s marijuana legalization law, for example, is supposed to favor “minorities, women, or individuals who have historically been disproportionately impacted by cannabis prohibition” in regard to granting licenses. Burlington (among other state and local governments) is considering paying out some sort of slavery reparations. Who would qualify to get them, and who is required to pay? Merrill’s question was about certain citizens getting earlier places in line for receiving the Covid vaccine based on their ethnicity. So, legally speaking – and, yeah, good journalistic question -- what exactly does this mean, and to whom specifically does the law apply? If we are going to have “protected classes” under law and public policy, we need to know exactly who is in those classes and who is not.

Of course, Lindholm is right too. When government starts to “systematically” divide its citizenry by race, etc. so that it can apply laws differently to different groups, some protected and some not, the process and the result is by definition “racist”. (Someone should coin a catchy term for this kind of dynamic!) But, it’s not Merrill’s line of questioning that’s offensive, it’s the underlying policy. It is what it purports to oppose, and that’s the ugly truth.

If politicians want to implement these kinds of policies, they need to be able to answer questions about how they will work. Kicking the questioner out of the room is not acceptable. Merrill’s offense isn’t that he was the only person in the room not acting like a real journalist. His offense is, he was the only one who was. If this ban is allowed to stand, it will create a true chilling effect on the exercise of our and our media's First Amendment Rights.