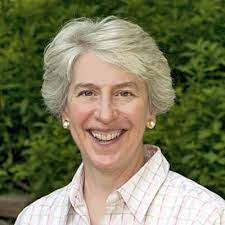 I’m a believer in legislative bodies making reports to the citizens of what they have wrought in their just completed session. But last month’s report from Senate majority leader Alison Clarkson (D-Windsor Co.), struck me, in at least one important aspect, as indefensibly inflating two miniscule accomplishments.

Sen. Clarkson tells us the legislature acted to address what she rightly called “a critically important issue, the sustainability of our pension system.” That’s the teachers’ and state employees’ retirement systems, together now $5.6 billion dollars out of balance, which I constantly pointed out was unsustainable when I was a Senator, which was 30 years ago.

The Treasurer and the Senate Government Operations Committee did attempt to tackle this large problem this year, only to face angry shouts of “betrayal” from the State Employees’ and VT-NEA teachers’ unions.

So what came out of it? Sen. Clarkson tells us the legislature changed the renamed pension management commission to have nine members instead of seven, and it created a 13-member group, five of them legislators, titled the Pension Benefits, Design, and Funding Task Force, assigned to report to the 2022 session.

Nothing wrong with that, but note this: the Democratic legislature utterly failed to approve any actual step to reduce that $5.6 billion unfunded pension fund liability. Rejiggering the pension commission and creating another task force is kicking the ever-larger can – now the size of a bulk tank  – further down the road.