Matt Cota of the Vermont Fuel Dealers Association recently sent out its weekly bulletin to its hundred-plus members, the people who bring fuel oil and propane to keep you from freezing in Vermont winters. A major topic was the Clean Heat Standard bill (S.715)  that has passed the House and is now in the Senate. 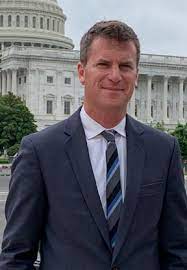 Says Matt: “The Clean Heat Standard would raise the cost of fossil fuels used for heat. We have no idea how much it will cost. The legislature does not set the rate. The three appointed members of the Vermont Public Utility Commission set the rate.”

That last point I have hammered on before. The hidden tax on your heating fuel will be set not by your legislators, who you can hold accountable at election time, but by three unaccountable strangers who sit on the Public Utility Commission.

How much can they force your fuel dealers to pay in the never ending but futile war against the Menace of Climate Change? As much as they need to, to get you to stop buying fuel that when burned produces that awful carbon dioxide.

What can you do about the higher cost of heating fuel, that the Clean Heat Standard will pass on to you through the fuel dealers, who are the designated fall guys for this program?” Nothing. You don’t vote for the Public Utility Commission members. They can do whatever they want.