Women in Vermont are being told Proposal 5, the so-called Reproductive Liberty Amendment, will 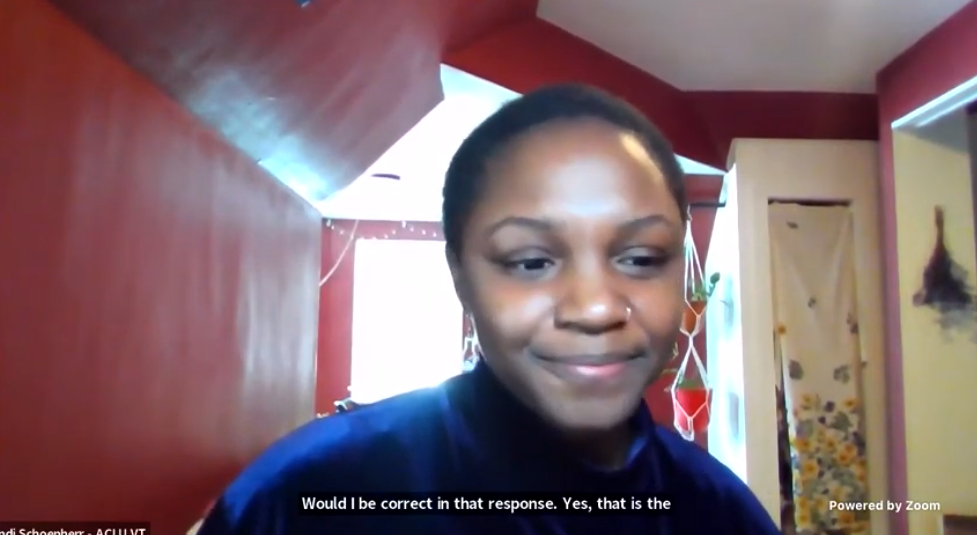 preserve a woman’s right to choose along the lines of Roe v. Wade. This is a highly misleading claim. What the vague language Proposal 5 actually does is give the father of an unborn child an “right to personal autonomy” equal to that of the woman.

Read Proposal 5 and you will see clearly that it mentions neither women, nor abortion. It says,

“That an individual’s right to personal reproductive autonomy is central to the liberty and dignity to determine one’s own life course and shall not be denied or infringed unless justified by a compelling State interest achieved by the least restrictive means.”

This right applies to everyone equally, men and women. So, what does that mean in practice? Here’s what happened when a spokesperson from the ACLU, in testimony before the House Human Services Committee, was asked what happens when the man’s right to reproductive autonomy conflicts with that of the woman under Proposal 5….

INDI SCHOENHERR (ACLU): We believe it is the woman’s right to do what they want with their body. I think that’s the stance we would take on that. The reproductive autonomy of the gestational parent would come first.

REP ROSENQUIST: Who says they come first? [The language of Proposal 5 does not say that. Under Proposal 5 there is no distinction of priority.]

REP PUGH (COMMITTEE CHAIR): My understanding is that when rights are in conflict, we go to court, and that is the role of the courts to decide, or a judge. So, what I’m asking – would I be correct in responding to Representative Rosenquist to say, what you are presenting is a conflict of rights. And where historically this country has gone when there are conflicts of rights is we go to court and we have confidence in the courts’ decisions. Would I be correct in that response?

INDI SCHOENHERR (ACLU): Yes. That is the correct response. Yes.

So, let’s be clear here. Prop 5 doesn’t give a woman the right choose to terminate a pregnancy. If challenged, it gives that decision – on a case-by-case basis -- to the courts, and the language of Proposal 5 gives the man an equally protected right of personal reproductive autonomy to the woman.

Many pro-choice advocates testified in Wednesday night’s public hearing (1/26/22) that they were in favor of Proposal 5 because they didn’t want politicians, or anyone other than the mother and her healthcare provider, having a say in whether or not to abort a child. Proposal 5 does not do this! In fact, quite the opposite. What Proposal 5 does, legally and constitutionally, is elevate the personal reproductive rights of the father to the same plane as that of the mother. And, where those rights conflict, a judge or a jury will decide whether the mother will carry the baby to term or not.