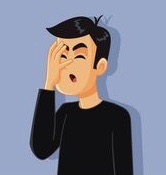 Well, TCI is dead. It imploded when two of the only three states to sign onto the multi-state agreement (CT and RI) pulled out late last fall prompting the only remaining state (MA) to admit defeat and do the same. This outcome was obvious to anyone paying attention, but for whatever reasons the Climate Council either overlooked or chose to ignore the warning signs.

That leaves the Clean Heat Standard.

The way the Climate Council envisioned the CHS working, a few large-scale wholesalers of fossil heating fuels would be forced to purchase “clean heat credits” in order to sell their products to distributors (the folks you buy your fuel from). The costs of the credits would, of course, be pass along ultimately to hundreds of thousands of consumers, but the point of regulatory contact for the state would be small.

The problem – either overlooked or intentionally ignored by the Climate Council – is that most Vermont fuel dealers don’t buy their fuel from wholesalers based in Vermont. They get their products from wholesalers in New York, Massachusetts, New Hampshire, or Canada. And, minor detail, Vermont has no authority to make wholesalers in those states buy Vermont’s clean heat credits. Attempting to do so would violate what is referred to as dormant commerce clause of the US Constitution. Oops.

This should have killed the proposal as no longer workable.

Now, for the Clean Heat Standard to work, Vermont must force not a small number of usually large-scale financially sophisticated businesses to buy these credits, but rather lots and lots of generally small, unsophisticated, mom & pop businesses to do so. This makes implementing, monitoring, and managing the CHS vastly more complicated and economically disruptive than originally envisioned, and a state-created and regulated market for clean heat credits was never going to be simple.

Proponents of the CHS compare it to the Regional Greenhouse Gas Initiative (RGGI), which is cap and trade program affecting power plants, and the Renewable Portfolio Standard, which is applied to electric utilities. These are “pumpkins to peas” comparisons. These programs are feasible because they apply to a small number of entities who have substantial technical, legal and economic resources, and who exercise control over the decisions necessary to comply. The Clean Heat Standard, as proposed, lacks all of these essential features.

A good comparison for CHS regarding its requirement for lots of small businesses being forced to purchase credits in a far less stable market is… TCI. And, we saw how that ended up! Time to start a pool on how long it will take the CHS to meet the same fate.