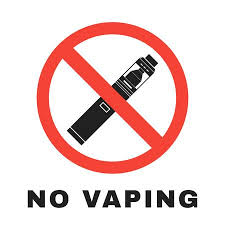 products and menthol flavored cigarettes. Sorry, but this is just stupid.

We were told that legalizing pot would be fine in regard to youth use because the law says you have to be twenty-one to purchase the pot. The law says the same thing about cigarettes and vaping products. What’s the difference? Either such laws work, or they don’t. If they do work, why ban vaping and menthols? Let adults make decisions for themselves. If they don’t work, then why did we just legalize pot? Let’s be consistent here, folks.

But, they say, pleasantly flavored products attract younger users. Maybe. But they also attract adults. I don’t see Ben & Jerry’s marketing flavorless ice cream to adults because that’s what adults are clamoring for. Advertising for Godiva chocolates doesn’t appear on the Cartoon Network. And, as noted, it’s already illegal for junior to buy the bubblegum flavored nicotine product anyway, same as it's illegal for them to purchase yummy cannabis edibles. Seriously, what's more tempting to a kid, a chocolate flavored vaping pod or a rich, gooey chocolate brownie?

While no one doubts the negative health consequences of smoking, vaping has been shown to be a healthier alternative, and an aid to quitting smoking. (Not inhaling any foreign substance is best, but adults get to make adult choices, at least in other states.) Nicotine, on its own, isn’t particularly bad for you. In fact, research has shown it has some benefits in regard to Alzheimer’s, Parkinson’s Disease, and attention deficit disorder. It’s the other stuff in cigarettes that kills you, not nicotine. If politicians really cared about our health, they would make sure nicotine based vaping products were a cheaper, more attractive alternative to smoking.

Apart from our physical health, there's also the issue of the state's fiscal health. The Vermont Joint Fiscal Office estimated the ban would cost the state $5.64 million in revenue for FY22 and $6.5 million by FY24.  This won’t be the result of people quitting, it will be the result of people going to New Hampshire or New York to buy their product of choice. We know this because when Massachusetts banned flavored vaping products and menthol cigarettes, sales in Vermont and New Hampshire jumped. According to the New Hampshire based Josiah Bartlett Center, as a result of Massachusetts' ban, 'State tobacco tax collections rose significantly in March, April and June, putting tobacco tax revenue $14.5 million (7.3%) higher than budgeted and $13.7 million (6.9%) higher than last year, according to the Department of Administrative Services’ June revenue report."

According to a story in VT Digger, “Erin Sigrist, president of the Vermont Retail and Grocers Association, said her organization opposes the legislation because of the financial impact it would have on businesses and on state revenues. She said small Vermont retailers estimate they would each lose $35,000 to $45,000 a year because of the ban, and one Vermont-based convenience-store chain with about a dozen locations says it would lose $500,000 in sales.”

So, why would the aging hippies who sponsored this bill – Senators Lyons, Pollina, McCormack, Clarkson, and Hooker – be pushing this nonsense? The only reason I can think of is they’re trying to knock out the competition to make way their new legal pot industry.