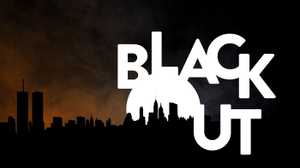 In my commentary last week, I pointed out that Vermont is heading down the road toward California-style electric blackouts.

Meteorologist Anthony Watts now  writes that the reason for the blackouts is “Solar power, or more accurately, the lack of it. Solar power has a thorny problem: It disappears after sunset. And California’s electric grid is highly dependent on it now thanks to the political mandate known as the Global Warming Solutions Act .

By comparison, Vermont’s RESET Act of 2015 is even more stringent. It requires that 75% of a utility’s power supply must be renewable by 2032.

Watts continues: “Now, California is paying the price for abandoning reliable energy sources in favor of green energy sources such as wind and solar power, which don’t work when the wind doesn’t blow and the sun doesn’t shine.” End quote.

Watts quotes California’s electric grid operator (CAISO) Steve Berber as saying:  “[By replacing nuclear and fossil fuel generation with solar] you are trading the loss of 3000 megawatts for the collapse of the entire system of California and perhaps the entire West.“

Vermont has no fossil fuel electricity generation to shut down, but it will need to find renewable electricity from somewhere to power those sixty thousand electric cars it plans to subsidize. Where, and what exactly? And at what price?