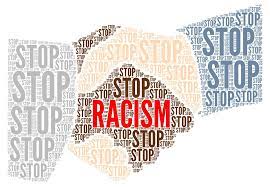 The resolution cherry picks data claiming “Black residents comprise just over 1% of Vermont’s population, they account for approximately 4.8% of the total confirmed (Covid) cases” in Vermont. This is sadly accurate. But  the resolution continues, “black people in the United States have been nearly 3 times as likely to die” than white Americans from Covid-19 in the US.

The number of black Vermonters who have died from Covid is conspicuously absent from that assessment.

Allow me to throw out some possibilities showing how difficult it is to prove (or disprove) racism. The Brookings Institute notes that the average black American is younger than the average white American, with the median age of 44 (white) versus 35 (black). This age difference is presumably true for black and white Vermonters. Perhaps younger blacks in Vermont felt safer in interacting with possible Covid-infected individuals because they are confident that their younger immune systems could handle it, and caught Covid more frequently as a result. Perhaps blacks didn’t want to waste their peak-earning years, which older white Vermonters had already worked pre-2020. Perhaps they received better healthcare when they did contract Covid because Vermont doctors and nurses of all races see far fewer black patients as a percent of population. Perhaps they are less likely to mix up patients and treatments. Or perhaps blacks are less just likely to die of Covid because they are younger.

Many of these are plausible, but most are impossible to "prove with science." And fewer of these plausible scenarios point toward obvious government interventions for fixing a complicated problem. What if the Legislature helped fewer black Vermonters contract viruses less frequently, but somehow made blacks more likely to die once they contracted a virus?

Explaining why a small group of people is more likely to get infected but much less likely to die is statistically tricky in a state as small as Vermont. Even still, only 2 black Vermonters dying in 817 cases points to a health system that is working for many black Vermonters.

But that didn't stop the Legislature from yelling "racism!" yet again.

At some point, the "racism" accusation becomes the lazy explanation for everything bad. There are some Vermonters who are eager to call everything racism because it means they get to try the most fashionable new tools to fix the systemic badness.

We should celebrate the vast improvements America has made in combating overt racism in the past 70 years, coupled with the high survival rate of black Vermonters from Covid-19. We should conduct rigorous, scientific studies regarding racism which don’t reach pre-ordained conclusions. This means controlling for education and income, a step that takes much more effort and time, but gives far more credibility to such studies. If not, these studies will become echo chambers, with no one outside of those seeking to confirm their biases will take seriously.