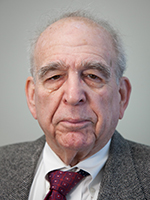 “But while Scott said he shared the Legislature’s commitment to reducing greenhouse gas emissions,” Margolis wrote, “what the bill should have done was deliver ‘actual global warming solutions.’ [Scott’s] right to point out that the law doesn’t do that. Scott and the Legislature seem to have the same reason for doing just about everything but proposing actual solutions because those solutions are expensive and/or unpopular.

The real solutions, Margolis says, “are simple: increase the cost of driving by a new tax on gasoline; subsidize electric cars, increase public transportation, and pay people to put more insulation and better windows in their houses. Everything in that list costs money except for raising the tax on gasoline. Any legislator who votes to raise the tax on gasoline risks losing the next election. That’s why the Global Warming Solutions Act provides no solutions for global warming.”

“From that perspective, both passage of the law and Scott’s veto can be seen as ways to avoid what everyone knows has to be done but no one wants to do, at least not now.”.

Well, not everybody believes that driving carbon dioxide emissions down by 80% at enormous economic cost will have any effect at all on global warming. And most voters have probably figured that out.