In Nature Conservancy magazine’s winter issue I read a boxed feature labelled “July 2021 was the Hottest Month Ever Recorded on Earth”. I dug online into the meaning of that statement for about an hour. 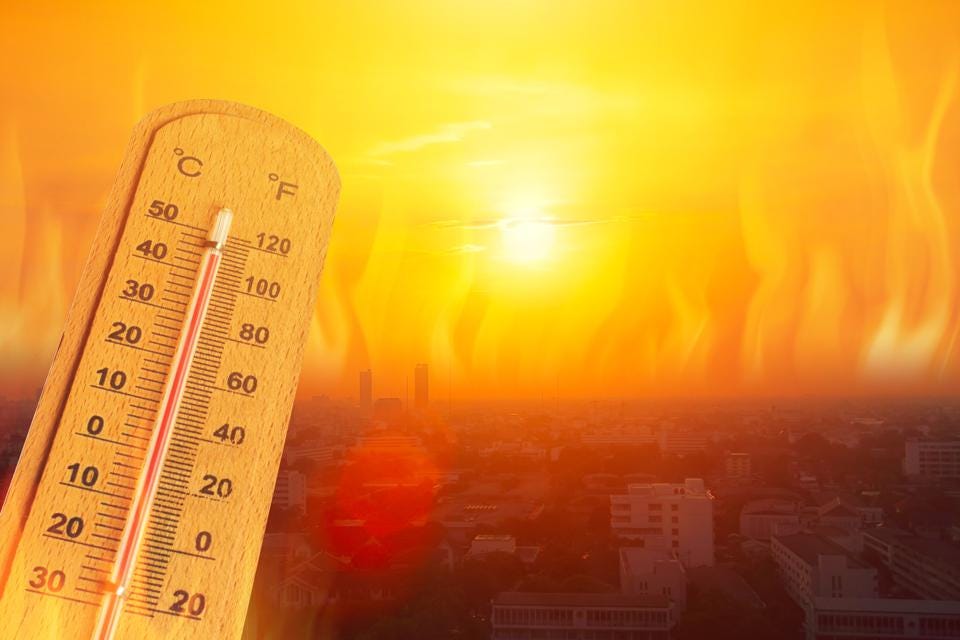 What was being measured? When the world temperature record was set in July 1913 in Death Valley, California, somebody was there with a thermometer, and I accept that reading for that one day in that one spot. But now NOAA is talking about temperature anomalies from a selected base period. July is the dead of winter in the Southern Hemisphere, and the height of summer in the Northern. As I understand it,  NOAA assembles land readings from thousands of weather stations, and from thousands of weather  buoys scattered over the seventy percent surface of the planet that is water.

In the fine print at the NOAA web site we are told “interpolation must be made over large, data-sparse regions, like the Sahara Desert... This data set consists of monthly average temperature anomalies on a 5° x 5° degree grid across land and ocean surfaces. These grid boxes are then averaged to provide an average global temperature anomaly.”

There’s an awful lot of reconstruction, adjustment and averaging done by somebody to produce this “hottest ever” report. The data adjusters at NOAA went for the most frightening headline – Hottest July ever recorded! – and literally hundreds of news outlets trumpeted that statement. None of them noted that July was a miniscule one fiftieth of a degree C hotter than July 2016, and no margin of error was given.

PS: “Take the U.S. government’s claim that July was the hottest month on record. Unmentioned in any news report that I could find, the margin of error in this measurement was 10 times as large as the purported difference over the previously claimed hottest month of July 2016.” – Holman Jenkins, WSJ, 9/4/21.