Government Is Screwing Up the Labor Market, and More

A story in the Mountain Times, Woodstock struggles to solve restaurant shortage, describes in detail the tourist town’s “impossible 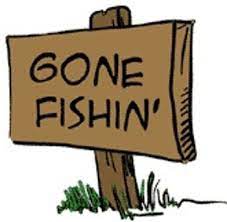 equation” with labor, regulatory, and supply issues that are hampering the overall ability to meet the needs of visitors. Many restaurants can’t open seven days a week because the federal government is paying workers not to work. It’s gotten so bad that when a tourist bus showed up in the popular Vermont tourist town and disembarked 44 hungry people, there was no place open for them to eat. Can you say “hangry”? The tour company subsequently canceled its future bus trips to Woodstock.

This is an issue across our state. There is great demand for dining out as folks emerge from Covid hiding and our tourist economy roars back to life, but government policy has made the workers necessary to meet that demand hard to find. Even restaurants that are open in many cases don’t have the staff on hand to serve all the tables in the building, which a frustrating optic for customers. It is leading to young, often high-school aged, hosts having to deal with belligerent adults demanding to be seated at an empty table for which there is no waitstaff.

Several pundits (official and self-appointed) suggested that it’s the restaurant owners’ fault for not paying employees more to show up. This is a faulty argument for a few very good reasons.

As a restaurant owner in Stowe recently told me, it’s not about more money. Bar tenders who regularly pull in $60 an hour with tips are refusing to return to work, opting instead for government handouts which pay less but allow for essentially full time paid vacation – a benefit businesses obviously can’t compete with.

Moreover, a fact that seems to elude the “just pay more” crowd is that employers ultimately don’t pay the salaries, the customers do. If the costs that go into delivering a hamburger  are more than the customer is ultimately willing to pay for that hamburger, nobody gets paid for making that hamburger. And it’s not just labor costs that factor in here. A story out of Maryland, The Coming Crab Cake Crisis, illustrates how inflation – exacerbated by government spending policies -- and supply chains disrupted by Covid are making matters even worse:

Purchasing both the food and normal cleaning materials required to operate is getting so expensive that many have been forced to raise their prices, leading to unhappy customers and poor reviews. The owner of Max’s Taphouse, during a recent meeting with elected officials, described how she recently had to remove crab cakes from her menu, despite that being one of their most popular items. The reason is that the cost of crab has risen so much that she would need to charge $50 per serving, and people simply won’t pay that much.

It's not just restaurants dealing with these issues. Home builders, salons, etc. are finding that many workers are scamming the system, applying for jobs and then not showing up for the interviews so they can stay on unemployment, or refusing to work more than a certain number of hours so that they continue to qualify for government benefits.

In the short term, you can’t blame would-be employees for making these basic economic calculations. But the reality is that by buying into the system of government handouts – limiting one’s legitimate income and opportunities in exchange – one is in reality signing on to be a member of a permanent, dependent underclass for the rest of one’s life.