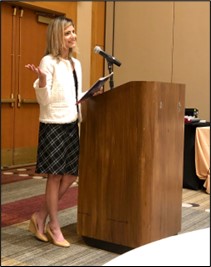 I am proud to share that the Ethan Allen Institute played an important role in defeating the bill.

John McClaughry, David Flemming, and Rob Roper worked relentlessly to educate legislators and the public about the CHS's disruptive economic impact, unethical and unworkable logistics, and exorbitant costs. Our team published commentaries detailing every aspect of the poorly-conceived bill in various news media outlets, and Bill Sayre interviewed industry experts and stakeholders on his WDEV “Common Sense Radio” show. Legislators relied on our data-backed findings to make the case against the bill to their constituents.

Notably, we recommended the “check back amendment” to prevent the Legislature from delegating its policymaking authority to the unelected 3-member Public Utilities Commission. It won support from the Governor who ultimately vetoed the bill. The Legislature failed to override his veto by one vote, thereby sparing Vermonters from paying an unfair carbon tax to heat their homes with fossil fuels. Your generous support of our public policy research and independent reporting was integral to this victory.

The left never gives up. Neither do we. We expect the CHS specter to rear its ugly head next year, as the Vermont Climate Council is now looking to other states (like Massachusetts and Maine) to create a CHS interstate coalition. Can we count on your continued support to once again defeat bad policy?

Boosting Voter Confidence
This session, we conducted an independent investigation of Vermont's infamously “unclean” voter rolls. Our research showed that at least ten graduates of Middlebury College, who left the state years ago, were recorded as having voted by absentee ballot in the 2020 election. The Vermont media, especially WCAX, covered the story extensively, which sparked a telling over-reaction from the Secretary of State's office, Middlebury town clerk, the Middlebury College student newspaper, and various other Democrats. After all, the slightest challenge to the orthodoxy that 2020 was the "most secure election in the history of the US elections" must be quelled immediately.

Vermont ranks 47th on the Heritage Foundation Election Integrity Scorecard (www.heritage.org/electionscorecard/pages/states/vt.html). In addition to “dirty” voter rolls, the state does not require voter ID, US citizenship verification, and allows ballots to be returned to the town clerk’s office “by any means.” The latter encourages ballot trafficking or harvesting. Furthermore, universal mail-in voting is now the law for the general election (but not for the [Democratic Party] primary election). These ballots do not need to be notarized or witnessed (with identifying information such as name, address, social security number) and there is no signature verification requirement. No wonder, voter confidence has plummeted.

The Ethan Allen Institute will be expanding our investigation with the ultimate goal of finding solutions that boost voter confidence. Your contribution will make this ambitious, much-needed project possible.

We Value Your Support!

Left-wing activists are flush with money from out-of-state progressive billionaires that are bent on subverting our society. In stark contrast, EAI is funded almost entirely from in-state donors with most contributing between $100 and $500. Your contribution will allow us to continue providing valuable information that helps Vermonters to hold our legislators accountable. We have updated all 180 individual Legislator Profiles to include the key roll call votes of 2022. See how your Representative and State Senator voted here: ethanallen.org/rc_profiles

We will continue publishing commentaries and policy analyses in various Vermont media outlets, and we will continue expanding our reach and message to new demographics via social media. We thank you for your steadfast efforts to promote free and fair enterprise, a constitutional and limited government, individual liberty, and fiscal sanity in the Green Mountain State.

I hope we can count on your support. Here's to sharing many more victories together. Thank you!

The Ethan Allen Institute is a 501(c)(3) non-profit organization. All contributions are tax deductible and anonymous.