‘The growth of raging forest fires is evidence of worsening climate change.’ But what if that narrative is completely unsupported by the data? 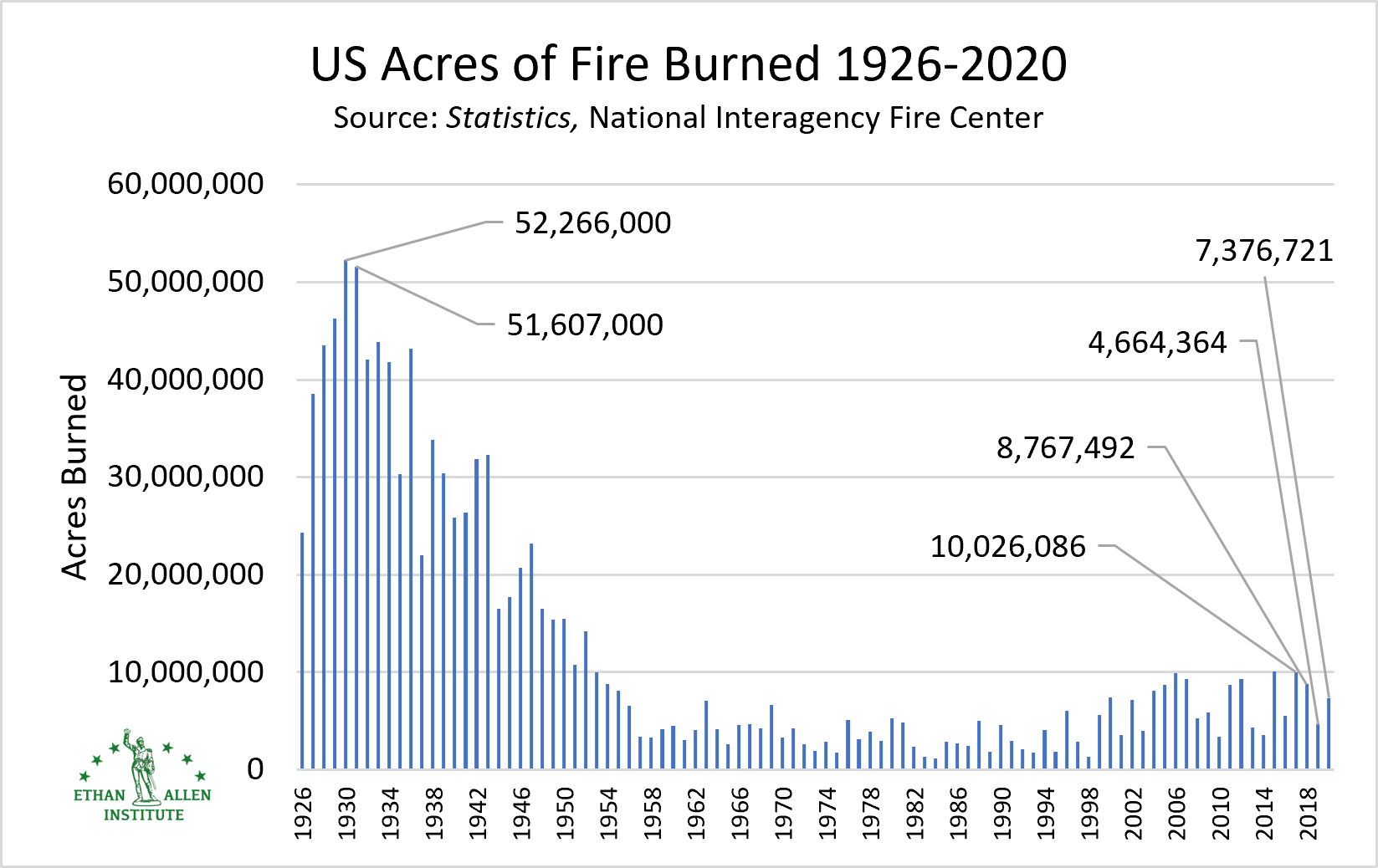 The data however, tells a different story. The National Interagency Fire Center (NIFC) focuses on “wildland firefighting” and “share(s) firefighting supplies, equipment, and personnel, which helps ensure efficient and cost-effective incident management.” The NIFC has data going all the way back to 1926. The 7,376,721 acres burned so far in 2020 is unlikely to beat the 10,026,086 burned in 2017.

And our friends at the Foundation for Economic Education pointed out that “Texas actually has more forest and higher temperatures than California, but the Lone Star state rarely struggles with fires, perhaps because 95 percent of its land mass is privately owned and these owners act as responsible stewards of the land.” California should consider placing more of its publicly controlled land into private hands to minimize the chance of fires.

Taking a long-term view, Americans have done an admirable job at fighting fires since the mid-1900’s. Some years will be worse than others, but the supposed evidence linking forest fire to climate change is complete bunk.