When we hear something terrible has happened to someone we know, we are concerned for them. We are worried.  We want to 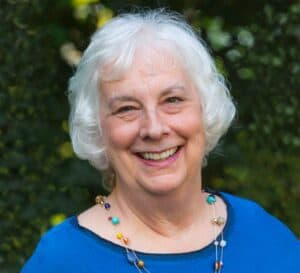 Our self-concern often takes the form of a list: “All the reasons this won’t happen to me.”

While this self-talk is not a huge deal, the same thing becomes a huge deal when people begin explaining that the Texas blackout was because…well, Texas is Unique.  Something like that would never happen to us!   And then…. here comes the list.

The usual list of “why it won’t happen here” is because Texas is Unique, and here are the ways it is unique and how it brought about it’s own problems.
The thesis is simple: Texas is not a warning to us. Texas can merely serve as a bad example of bad choices.

(This section is abstracted from an assortment of pundits in other states.)

These are supposedly the problems unique to Texas.

As in everything, there is SOME truth in many of these statements, but overall….sorry.  I wish Texas was unique.  The fundamental problem is the way RTOs (Regional Transmission Organizations) are designed and managed.  Two-thirds of the country is in an RTO area.  The way things happened in Texas can be the way they happen…in any place that has restructured its electricity markets.

Five Ways Texas Is Just Like the Rest of the RTOs

Let’s go through these myths, one by one

1) Texas goes it alone.  Indeed, the ERCOT (Electricity Reliability Council of Texas) area of Texas did choose not to be strongly connected to neighboring grids.  However, connection to neighboring grids would not have helped. As I have pointed out in my book, the neighbors are having the same weather you are having.  In the case of Texas, several nearby states were also having rolling blackouts due to cold weather.  None was as extreme as Texas (where the whole grid almost collapsed) but none would have “shed load” to their own people to ship help to Texas, even if they were completely connected.

2) No FERC oversight. Nobody ever tells me what FERC ruling would have solved Texas’s problems.  FERC does not require large reserve margins. FERC does not care whether plants have fuel stored on site.  FERC does not require winterization.  I am willing to be corrected on this, but if someone would send me a link to the FERC order or FERC ruling that would have saved the Texas grid, that would be great.  I also think it would be a miracle, since the order or ruling does not exist.

And quite a few chapters in Shorting the Grid are stories of watching ISO-NE try to get plants to live up to their capacity obligations in bad weather.  The Winter Reliability chapter, the Jump Ball chapters, the chapter on “harder than it has to be—planning for winter.”

A capacity market would not have helped Texas.

4) Winterize the grid.  This was a failure of Texas planning. Sort of.  I mean, if they had spent some money on winterization, people would not have died, the grid would have been in much better shape without multi-day power outages, and so forth.  I think they should have winterized the grid.

However, this is not a situation unique to Texas. Right here in New England, with our own RTO system, we have lots of drama on the grid in winter.  We can look backwards (bridges being raised at rush hour to let oil tankers through) or forward (to many ISO-NE scenarios that include rolling blackouts in the winter of 2025-26.

In short, everyone should winterize their grids.  But each grid will encounter winter conditions that are extreme compared to the usual winters.  For that, what you need is a robust grid with (for example) some nuclear plants with fuel stored on site, so the problems of winter do not become grid-wide catastrophes.  Just-in-time renewables plus Just-in-Time natural gas is a recipe for the kind of disaster Texas had, and the kind that is embedded in many of ISO-NE’s future scenarios. (As well as California’s oft-repeated summer experiences of rolling blackouts.) Texas is not unique.

5) Total freedom on the Texas market. I think that one advantage of energy-only markets is that the markets basically pay for what the customers pay for (kWh) without the complex MOPR, CASPR, Pay for Performance rules that capacity markets grow. That said, once you have an RTO system, putting caps on how much customers have to pay (California did that in 2001) or not putting much of a cap on what customers have to pay ($9 per kWh in Texas) leads to the same results.

The RTO leads to high prices and rolling blackouts.

As Professor William Hogan of Harvard, one of the architects of the Texas system, said in a recent interview with the Harvard Crimson, the state’s electricity market had “worked as designed.”

Others were upset that rolling blackouts still happened when the auction price was below $9 per kWh.  While I am not an economist, it is clear to me that market caps or not, RTOs lead to expensive, fragile grids. It’s not about those crazy people in the Lone State.  It’s about the RTO structure.

We defend ourselves from the fear that harm can come to us by describing all the ways that we are different from the people (or states) to whom harm has come.  This is very human, but not always very useful.

To protect ourselves from future harm, we would be better off looking at how we are similar to people (or states) to whom harm has come, and trying to understand what brought the harm, whether it was a similarity or a difference with our own way of doing things.

- Meredith Angwin has invested much of the past ten years developing expertise in grid oversight and governance. For four years, she served on the Coordinating Committee for the Consumer Liaison Group associated with ISO-NE, her local grid operator. She teaches courses and presents workshops on the electric grid.She is the author of Shorting the Grid: The Hidden Fragility of Our Electric Grid. This article was first published, and re-printed with permission, by Atomic Insights.