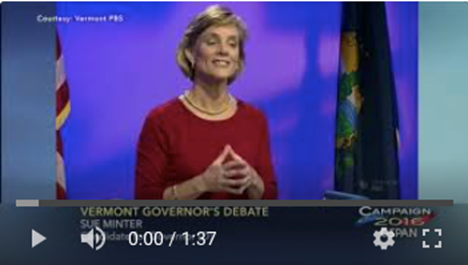 When the Georgetown Climate Center released its final proposal for the Transportation Climate Initiative (TCI) last December, it was a bit of a fizzle for advocates of the de facto regional Carbon Tax scheme as only three of the thirteen (plus D.C.) negotiating states agreed to sign on: Massachusetts, Rhode Island, and Connecticut. Now there are two.

Connecticut, a Democrat controlled “trifecta” state with house and senate majorities of 97-54 and 24-12 respectively and a Democratic governor, wrapped up its 2021 legislative session without passing the needed legislation authorizing the state to formally participate in TCI. Why? Because voters in Connecticut caught onto the fact that all TCI really is in practice is a carbon-surtax on gasoline and diesel fuel, and, even in a very liberal state, they have no interest in paying it.

An article in the CT Mirror describes what happened as “TCI’s legislative melt down,” in that Connecticut’s failure to adopt TCI could set off a domino effect of states bolting from the program entirely. (Although just the three states and D.C. mentioned above signed onto the TCI memorandum of understanding, all the other states involved except New Hampshire agreed to stay at the table with the possibility of joining later. Vermont is one of these.) In fact, following the news out of Connecticut, Massachusetts officials made a statement, “The Commonwealth has always planned to move forward with implementation only with multiple states participating.”

Rhode Island’s status is also now up in the air after TCI’s chief proponent in that state, former Governor Gina Raimondo left her office to take a job in the Biden administration.

Vermont’s governor, Phil Scott, won his office in 2016 strongly opposing a carbon tax policy that was in all but name TCI. He has repeatedly said he won’t sign on to any proposal that would make Vermont less affordable, especially for low income and rural residents, as TCI certainly would. He has a chance to be a leader and put a stake in heart of this terrible tax by formally announcing Vermont’s withdrawal from TCI negotiations, joining New Hampshire Governor Chris Sununu in doing so. Here’s hoping he rises to the occasion.