During the Town Meeting Week break for the legislature, the Ethan Allen Institute commissioned a scientific poll (450 respondents) to gage where Vermonters are on some of the key issues under consideration. 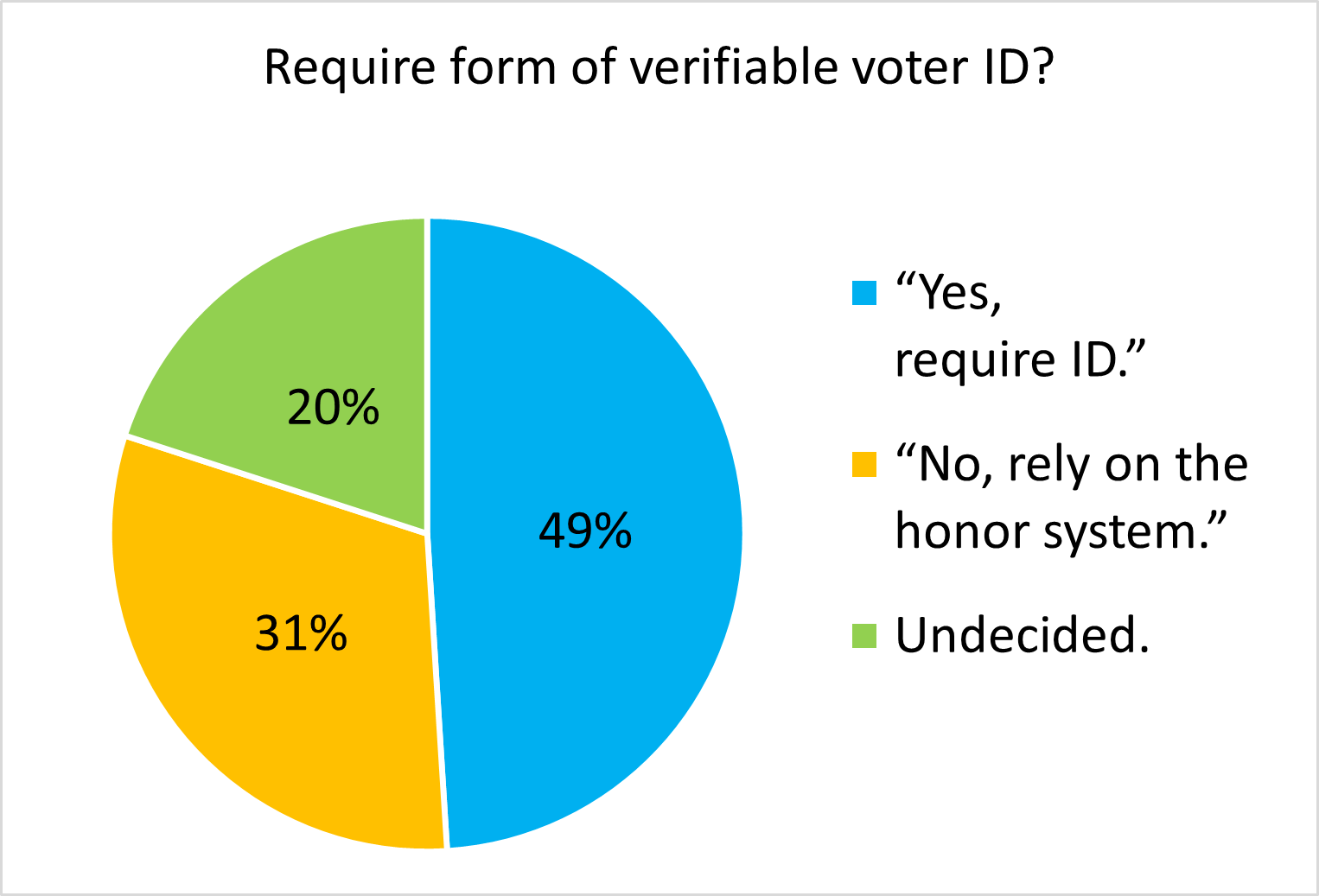 One question we asked on All-Mail-Voting is highly relevant this week as the full state senate will take up S.15, the election bill which the Government Operations Committee passed out by a vote of 4-1.

EAI asked Vermonters, “If we are to have "all mail-out" voting, should some form of verifiable voter ID be required in the system to ensure ballot security?” 49% responded “YES, Require ID.”

31% responded, “No, rely on the honor system.” 20% were undecided. Clearly, a solid plurality of Vermonters believe that we need some sort of ID system in our voting procedures to allow election officials to verify voters actually are who they say they are, and actually live in the district where their vote is being counted. S.15 includes no such security precautions.

The Vermont Tax Commission recommended at the beginning of the year that the legislature expand the Vermont state sales, “The Vermont Tax Structure Commission recommends expanding Vermont's 6% sales tax to include all goods – including essentials such as food and clothing -- and all services except for healthcare, while lowering the rate to 3.6% -- for a net tax increase of over $20 million annually. Do you agree or disagree with this recommendation?”

Those who oppose the sales tax expansion more than doubled the number who support it, 38% to 18%. But, 44% are “unsure,” which indicates the public needs a lot more information on this topic. 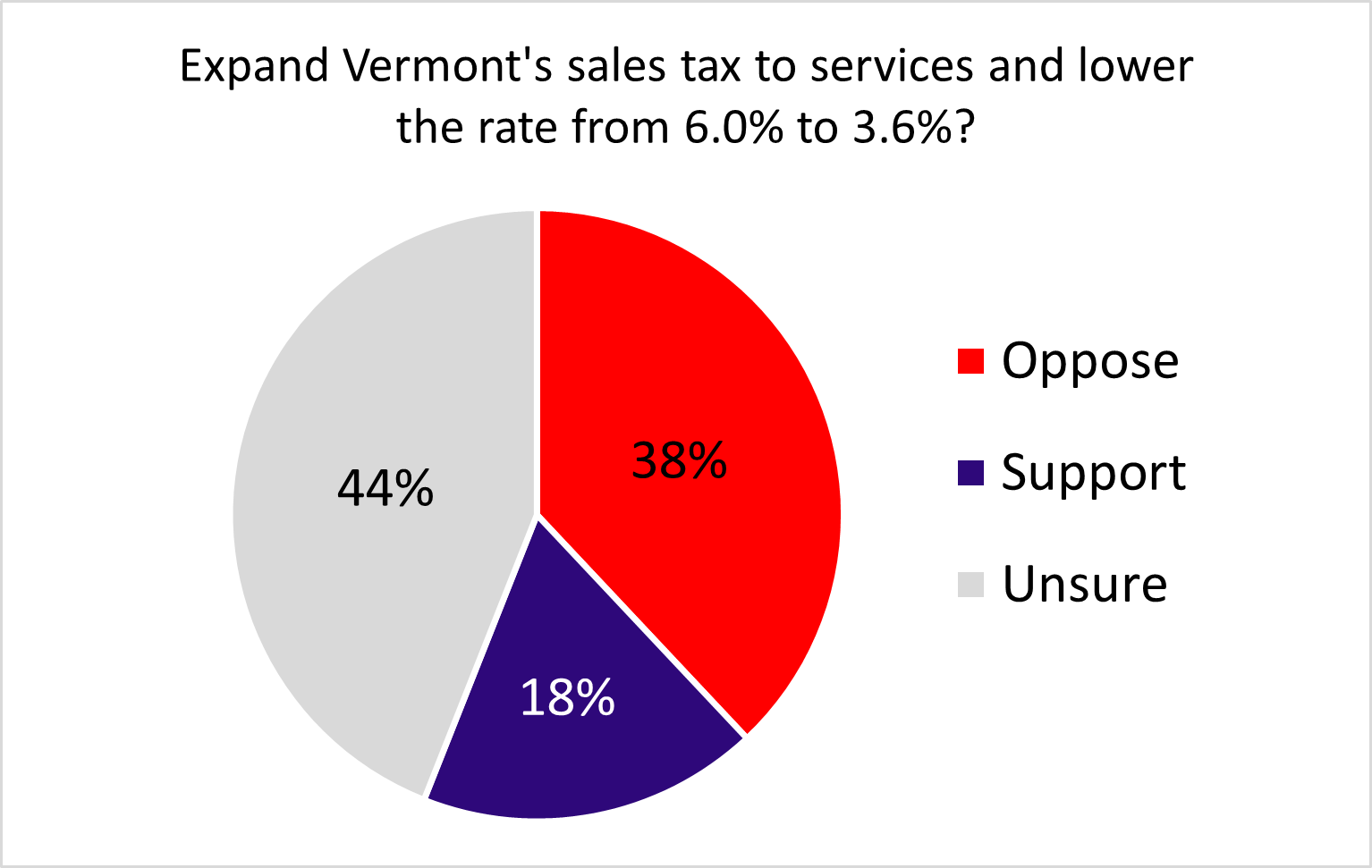 With all the focus on “systemic racism” by Vermont politicians, EAI asked Vermonters, “Do you think the recent political focus on “systemic racism” has helped or harmed the goal of achieving a less racist society?” 20% believe it has “harmed” and 30% believe it has helped, but for fully 50% of Vermonters the verdict is still out. They are “Not Sure.” 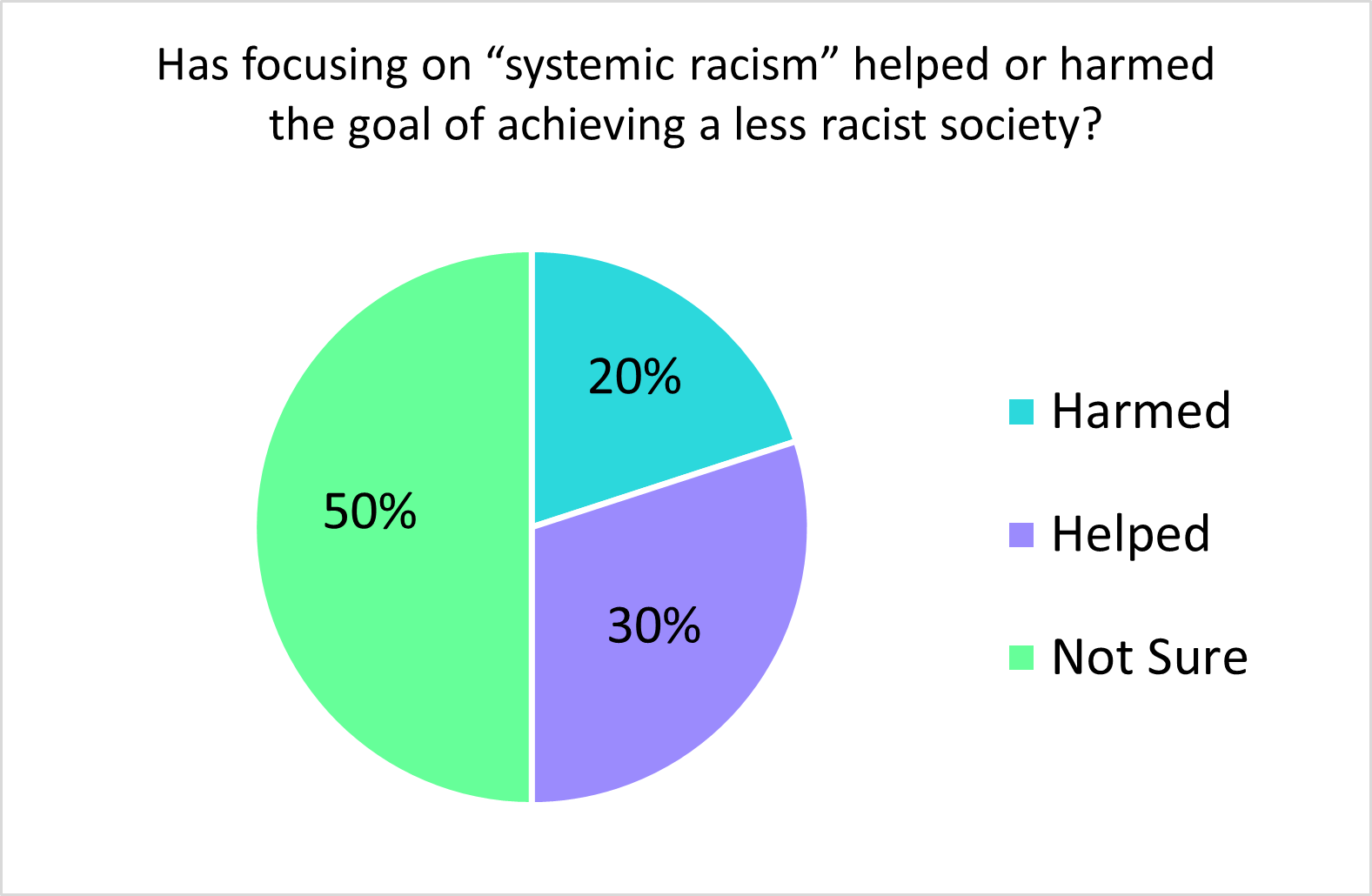