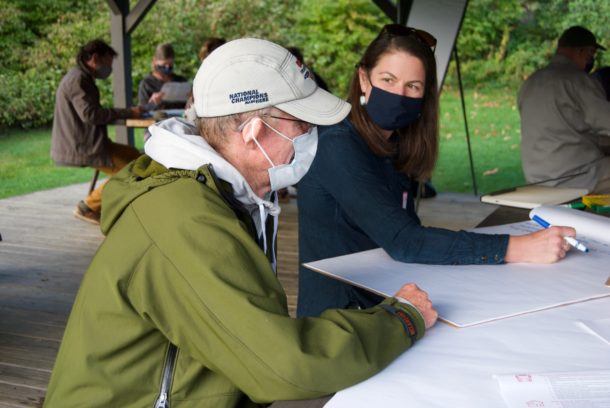 It has been nearly a year since the multi-state, New England/Mid Atlantic Transportation Climate Initiative (TCI-P) collapsed do to only one of the thirteen states (MA) actually signing onto the program, the rest taking a hard pass or offering a polite maybe later.  TCI-P was a carbon tax scheme on gasoline and diesel motor fuels designed to increase the cost of those products, discouraging their use, while simultaneously extracting hundreds of millions of dollars in revenue from drivers for the participating states to spend.

Joining TCI-P was a key plank in the Climate Action Plan (CAP) put forward by the Climate Council in order to meet the greenhouse gas (ghg) emission reduction mandates under the Global Warming Solutions Act (GWSA). When it failed, the Council’s task was to come up with something to replace it. They still haven’t, and it doesn’t look like they will or even can.

Speaking to the Council’s Transportation Task Force on October 17, 2022, Jane Lazorchak, the Director of Global Warming Solutions Act at the Agency of Natural Resources, stated what has been obvious to many observers for a long time, the kinds of programs necessary to curb emissions from Vermont’s transportation sector to the degree required by the law are “unviable” and “impossible.”

“Can our state, has any small state, stood up a program like this? No! And how we could actually do it on a meaningful timeline that makes it worthwhile between now and 2030 that gets us – I just like - it seems totally…hard. I’ll not say impossible, but hard to do. Jared [Duval], I appreciate your optimism, but when we heard from Washington State that they’re hiring seventy people to join WCI [the Western Climate Initiative], that’s like--it’s impossible! WCI is the only viable program for right now that we could think about joining into, and it’s not really, really viable for Vermont to join in.” (45:50 – 47:00)

So, to summarize Lazorchak’s statement, Vermont can’t implement a meaningful program for ghg reduction in the transportation sector on our own, there are no other states interested or able to partner with us, and to the extent that there might be 3000 miles away, it is too expensive and impractical for Vermont to join anyway.

Transportation is, as one might expect, a large overall contributor to ghg emissions, and if it is not addressed there is no way for Vermont to achieve the mandated GWSA reductions. (Side note: the Council’s plan for the other major contributor to ghg emissions, H.715, a carbon tax scheme on home/business thermal heating, was successfully vetoed by the Governor this past spring, so there is another gaping hole in the plan on that front as well or which there are also no new ideas.)

This presents a problem for Vermont taxpayers. When our legislature passed the Global Warming Solutions Act, they included a provision that allowed anyone to sue the state -- at taxpayers’ expense -- if the state failed to meet the greenhouse gas reduction mandates. The first deadline is 2025, just a little over two years away.

Our politicians (at least the ones who voted for the GWSA and to successfully override the governor’s veto of the law) significantly overpromised what they were able to deliver and put the taxpayers on the hook for their inevitable failure. This is governance at its worst.

At the very least, when the new legislature convenes in January it should repeal the lawsuit provision of the GWSA. It is not fair or good policy to stick taxpayers with potentially millions in legal fees failed to implement programs that were “impossible” and “unviable” from the get-go.