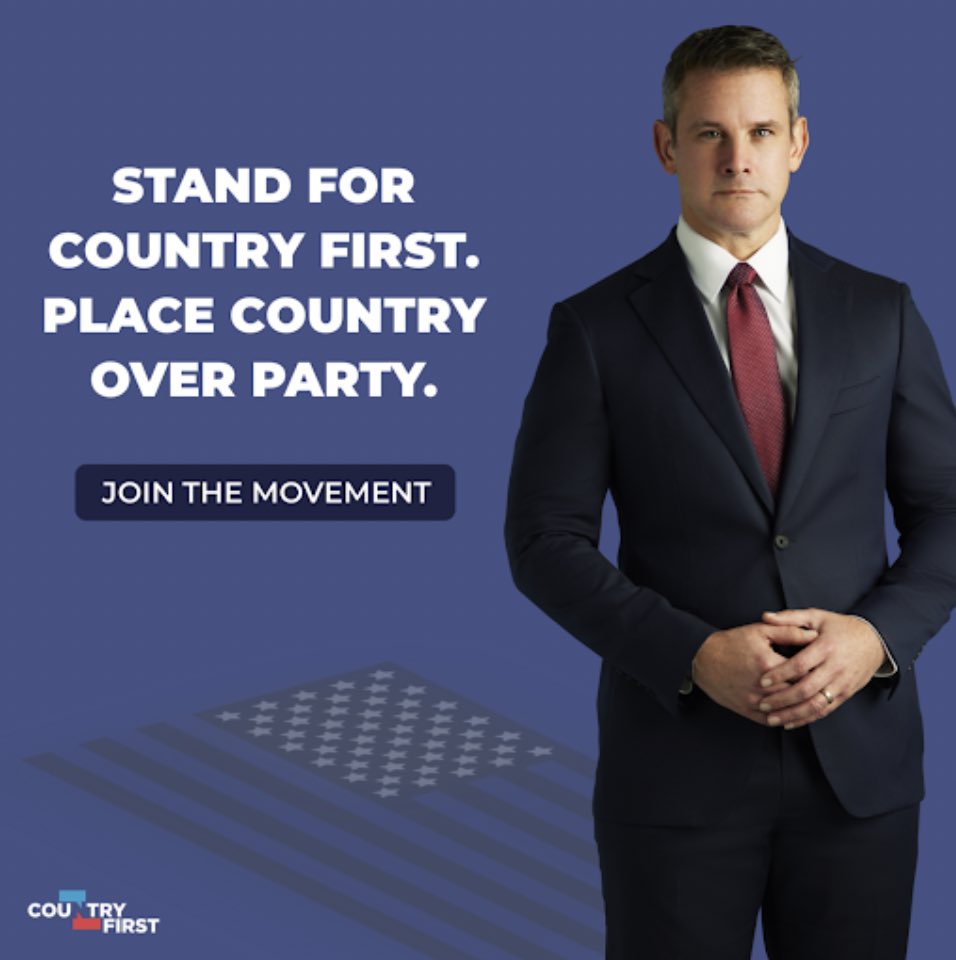 You may be interested in a new national organization called Country First. It was launched last year by a man I admire, Rep. Adam Kinzinger. He is an eight term central Illinois Republican and was an Air Force pilot in the Iraqi war. He voted to impeach President Trump after the January 6 Capitol riot, and thus earned Trump’s undying enmity. The Democrats in charge of Illinois have just gerrymandered his district, so he will step down from Congress next January to lead Country First.

Country First is an attempt to get Americans to rise above partisan battling and divisive rancor and act to put Country First. Kinzinger condemns disregard for truth and what he calls “toxic tribalism”, which is promoted shamelessly by former President Trump and current President Biden, as exhibited in Biden‘s Atlanta speech earlier this month.

By ordinary political analysis, Adam Kinzinger is an honest man without a party. He speaks for a higher vision, and for reaching common ground on issues that build bridges across demographic divides and social and economic faultlines.

Accordingly, Country First doesn’t have a hard and fast list of policy proposals. It supports national security, election integrity, an end to gerrymandering, expanded opportunity, conservation of our resources, improved mental health, and encouraging a year of volunteer service for young citizens. If you’re interested, there is a Vermont outreach meeting set for next Tuesday Jan. 25th at 7:30pm, via Zoom. The details are at country1st.com, or email to at [email protected]