The Vermont Climate Council, charged with coming up with a plan to reduce Vermont’s greenhouse gas emissions to 26% below 2005 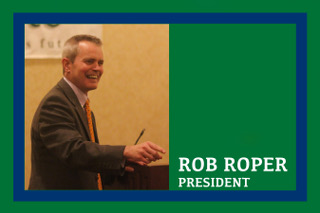 levels by 2025, 40% below 1990 levels by 2030, and 80% below by 2050, is finally putting forward some details about what policies it will take to do this. While they have not yet discussed many specifics of how to pay for these programs, member Richard Cowart summed it up at their July 26 meeting saying “a river of money” needs to be diverted into the cause. A river indeed!

The Council’s broad outline of a plan requires either subsidizing at taxpayer expense or mandating at homeowners’ expense the retrofitting of hundreds of thousands of homes, businesses, and municipal buildings for weatherization, electrification, and transitioning away from fossil fuel air and water heating systems. It requires increasing the number of electric vehicles on our roads from 4000 to 46,000 by 2025 largely via subsidizing the purchases. It calls for building bike paths, moving communities out of flood zones via taxpayer-funded real estate buy-outs, not to mention the cost of building the electricity generation and transmission infrastructure needed to meet all of this newly created demand.

Exactly how unrealistic is this? Let’s look at just electric vehicle component of this plan. The first commercial hybrid electric vehicles came out in the US in 2000. In the twenty-one years following, Vermont’s EV fleet grew from zero to about 4000 (7% of the total) – this with the help of considerable federal and state financial incentives and encouragement. Now the Climate Council says we have to have 46,000 EVs on Vermont roads by 2025, one out of every four vehicle purchases over that timeframe.

According to driveelectricvt.com, Vermont state subsidy amounts for fully electric vehicles currently range from $2500 - $4000 and from $1500 to $3000 for hybrids depending upon one’s income. In between December 2019 and October 2020, the state handed out $1,100,000 worth of such subsides. A similar amount, perhaps a bit more, has been spent between October 2020 and today. So, we have already been spending between a million and a million and a half of taxpayers’ dollars on EV subsidies per year. Assuming each future purchased EV comes with an average $3000 state taxpayer subsidy, that would mean we’d have to up the spending on EV subsides to $42 million per year over three years. But, if higher subsidies are necessary to motivate so many people into a car they otherwise would not buy, who knows how high that number has to go to be effective?

As for weatherization, the Climate Council says we have to ramp up activity by a factor of 5.5 to meet the 2030 goals, from 27,000 currently weatherized homes to 148,000. Efficiency Vermont, the primary entity tasked with weatherizing homes, already has a current annual budget of just under $54 million. 5.5 times that would be nearly $300 million per year.

The same chart shared by the Council indicates that 56,000 Vermont households will have to replace their air heating and cooling systems with heat pumps by 2025, and 186,000 will have to by 2030. 40,000 will have to replace their water heating systems by 2025, and over 190,000 by 2030. How much will this cost, and who is going to pay for it? Moreover, how is the state going to force ostensibly free, private citizens into making these “choices.” Outright bans? Prohibitive fees? Higher taxes?

Richard Cowart’s breezy observation, “There’s a river of money out there, and we need to redirect it, where it goes,” is easier said than done. The Climate Council are not the only ones trying to redirect rivers of money. The state’s public pensions are in crisis, currently consuming over 12% of all General Fund spending and growing, and the unions want a river of money to fix this. Let’s Grow Kids is pushing for a massive expansion of birth to five childcare, K-12 advocates are eager to reform pupil weighting formulae which will come with a hefty price tag, our state college system is floundering financially.

While the Climate Council and the Agency of Natural Resources have broad regulatory authority under the GWSA, they do not have the power to raise taxes. The legislature will have to do this part, and 2022 is an election year. Will the legislature be on board with “redirecting” rivers of money away from these projects?

More importantly, I’m willing to bet a large majority of voting taxpayers’ priority amongst this smorgasbord of spending choices is to keep their money for themselves with no interest in seeing it “redirected” away from their pay checks, savings accounts, wallets, and household budgets, especially for the purposes of putting their unemployed neighbor in a Prius.