At the October 5th meeting of the Vermont Climate Council, paid consultant David Hill provided a sector by sector rundown 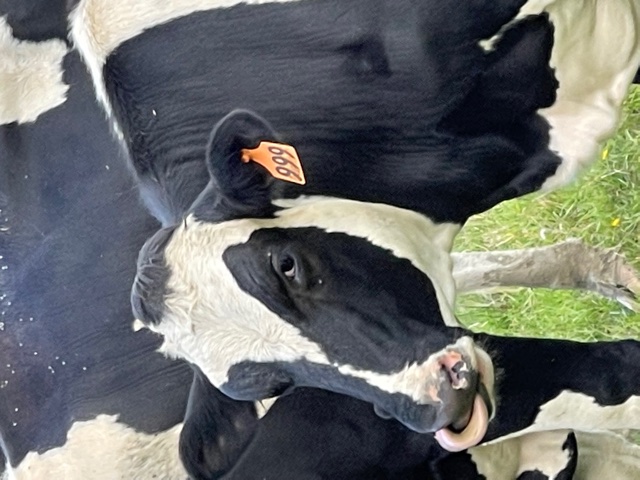 of what and where emissions must come if the state is to avoid a self-invited lawsuit for failing to meet its self-inflicted emissions reduction targets. When the subject turned to the agriculture sector, Hill informed the Council that 70% of Agriculture GHG emissions comes form “enteric fermentation” which is the politely scientific term for cow burps and gas releases from the other end of the animals. This, Hill proclaimed, must be reduced by just under 50% by the year 2030.

Anson Tebbetts asked the obvious question you the reader are probably asking yourself, “What exactly are you asking farmers to do” in order to achieve this?

Hill responded with a cloud of non-specific jargon, the gist of which was “We so-called experts who have no experience in farming have seen studies that say this can be done, so just do it.” Tebbetts politely thanked him for the non-answer.

Abbie Corse, who represents the farming community on the Council, was less accepting of the, ironically, b.s. spewing from the consultant.

“I don’t believe from my own research and expertise and my experience feeding seaweed, for example, and doing other emissions enteric fermentation reduction methodologies on my farm for the last decade that there is enough research or data so far in that regard to say that that is a feasible path forward for farmers at this juncture…,” said Corse. “In addition, the fact that anaerobic digestion is another one of the only ways that theoretically we are saying we can reduce agricultural emissions, which is a methodology only available to large farms who potentially have the capital investment of one to three million dollars, which is certainly not available to a small or medium sized farmer such as myself. So, as we’re thinking about equity and the people who actually have to do this work on the ground every day, I’m going to try to encourage us to think about what these numbers on the screen actually mean for people on the ground and how we’re going to answer their questions as to how they’re supposed to move forward in a viable and equitable way.”

Yes, that would be nice. But, like pretty much every proposal of this Council, it’s not likely to happen. And if it does, the consequences could be terrible.

Another Council member, Chris Campany, pointed out later that the only realistic way to reduce the amount of enteric fermentation by the amounts prescribed is to eliminate the animal population itself. This realistically means fewer Vermont farms, and less need for open pasture land – something Vermonters say they value for the aesthetic they create. Campany relayed that in his experience when such land loses its cows, the animals are replaced in the landscape by development. "I can pretty much tell you what's gonna replace the cows, and it's not gonna be trees."

But, of this last prediction I doubt Campany will be proven correct. The Council will simply ban development on formerly utilized pasture lands, sticking former farmers with property they can’t use and can’t sell, but of course will continue to have to pay property taxes on. Good times!