During the July 8th meeting of the Vermont Climate Council’s Cross-Sector Mitigation Committee, the group started to delve into some of 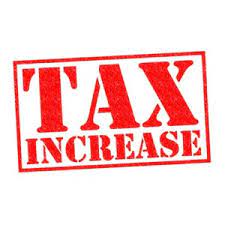 the details of what “the plan” to reduce the state’s greenhouse gas emissions might actually look like. In a nutshell, how you drive, heat your home, and heat your water are going to have to change. Needless to say, subsidizing multiple tens of thousands of Vermonters into electric vehicles, weatherizing many thousands of homes, and switching out existing heating systems for many more will cost a mountain of money.

After inventorying this list of proposals, committee member Richard Cowart made a truly unbelievable attempt at gaslighting about a Carbon Tax. He said, “I have a final point … about something that’s not on this list … and that is a Carbon Tax or something like that.  We quite clearly are not proposing that…. And we’re not following the tac of thinking that if we were just to impose higher energy costs that the magic of the market would deliver these solutions.”

There was a brief spate of self-congratulatory agreement until Peter Walke of the Scott Administration stated the obvious, “Most of them [program proposals] are devoid of funding sources for these activities, so there will likely be discussion about how these things are funded as part of the Climate Council process. That’s likely to produce another round of discussion around a Carbon Tax.”

Cowart concurred, “I totally agree with that…. Sure, we’re going to need revenue sources to run and deliver these programs.”

Johanna Miller, Vermont Natural Resources Council, agreed. “I think it’s hard not to put these ideas on the table and not have a conversation about how you’re going to pay for that.”

So the we’re-not-proposing-a-carbon-tax line is just the loud part. The quiet part is, “as a proposal in and of itself. But we are proposing it as a funding mechanism for all this other stuff we want to do, and it will be massive.” Not exactly an honest presentation of information to the buying public.

Gina Campoli enthusiastically chimed in, “It’s in the list!... We can’t avoid talking about it. A considerable amount of work has been done, and we want it to be on the table.”

And Cowart again, “A lot of the recommendations do require funding, and so either TCI or something else realistically needs to be part of our policy package.” So much for not recommending a Carbon Tax as a policy initiative in and of itself.

Johanna Miller then concluded, “Recognizing that we need more secure sustainable funding sources, so we did recommend Transportation Climate Initiative…. That’s why we have a placeholder here for including TCI, but likely not limited to.”

So, in the span of less than an hour we went from, “We’re not proposing a Carbon tax,” to “We are totally recommending a regional carbon tax on motor fuels, which likely won’t raise enough revenue to cover all the spending we want, so we’ll need another source of revenue, which will likely come from a straight Carbon Tax at the state level.