Climate Council Has No Idea How to Pay for their “Plan”

It is too generous to call what the Vermont Climate Council presented on December 1 a “plan.” A plan would consist of all the major and most of 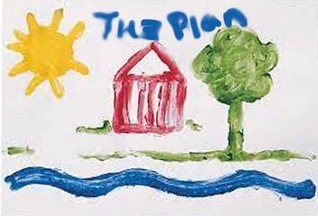 the minor details of how to complete a project, or at the very least a key phase of a project. A plan to build a house, for example, would include an overall design, list of necessary materials, a list of contractors (framers, excavators, carpenters, plumbers, etc.), a thorough understanding of the zoning regulations and permits necessary, a timeline, and – the big one – how much the thing will ultimately cost to complete.

The Climate Action Plan, keeping with the above comparison, is roughly the equivalent of a child’s finger paint drawing of a house, complete with a big yellow, smiley-face sun in the sky above.

The Climate Council was tasked with figuring out how to meet the greenhouse gas emission reduction mandates laid out in the Global Warming Solutions Act. A year later, and they really don’t have a clue how to realistically do this. They have my sympathies, because it’s not and never was a realistic proposition, but this what they signed up for.

The Cross Sector Mitigation subcommittee of the Climate Council met on December 16th to discuss some of the costs and logistics regarding some of the elements of the “plan.” A big one is the necessity to weatherize 25,000 homes between 2023 and 2026. The estimated cost for doing this is $122 to $147 million dollars above and beyond what we currently spend to subsidize weatherization projects. Where does that money come from? Crickets.

$7 million of that above estimate is an admittedly totally uneducated guess by the Council for what it will take to train a labor force to do the work because, small problem, such a labor force does not exist. The Council did a study and estimates that a trained weatherization crew of four people can do 20 home upgrades per year – out of 6250 per year that would need to be completed to meet the target. Well, that’s what you get for chasing workers out of Vermont with high taxes, bothersome regulations, exorbitant housing costs, and an impending ban of the sale of internal combustion engine pick-up trucks, which by the way, all of these people drive to do their jobs.

So, while these non-existent-in-Vermont skilled laborers are at it doing this weatherization work, the Council noted that it would be great if they could also, at the same time, be upgrading the electrical capacity of these homes to handle electric vehicle charging. The “plan” calls for putting 40,000 EVs on Vermont roads by 2025 and what good is an EV if you have no place to charge it, right? The cost to upgrade just 10,000 homes they estimated to be $27 million. (They didn’t consider that if the crew is doing two jobs in one house at the same time, they will be able to service fewer overall homes, so let’s notch down that 20 per year number,  and, yes, these super-laborers will also likely be asked to install a heat pump too, since they’re in the neighborhood.)

Where will the money come to pay for this? One delightful suggestion was simply tacking a charge onto everyone’s electric bill – a $27 million “pay for my neighbor’s home EV charging station tax” because our electric rates aren’t high enough as it is.

The Council still has no idea how to make up for the collapse of the interstate Transportation Climate Initiative (TCI) program, which was estimated to bring in about $20 million a year. A lot of money to be sure, but nothing close to what all these programs will cost. Their only “plan” (again the quotes are necessary) at this point is banking on another flood of federal money from Build Back Better, which, like TCI, appears to be dying if not already dead thanks to the still intact sanity of Senator Joe Manchin of West Virginia.

But fear not! When the legislature returns in January the Council is going to ask them for an additional $2.5 million in your taxpayer dollars to assist them in their “planning” process. Yes, all they need is more money, an expanded bureaucracy, and more power to control your life and all of a sudden this giant, colossal, expensive mess will magically come together.