Climate activists One-up Each Other in Recommendations to Climate Council

The event averaged around 100 online participants, presumably from all different parts of Vermont. Of those who spoke, the spectrum of alarm ranged from ‘we’re all going to die’ to ‘if we spend lots of money, and drastically change how we live, we might be able to survive.’ 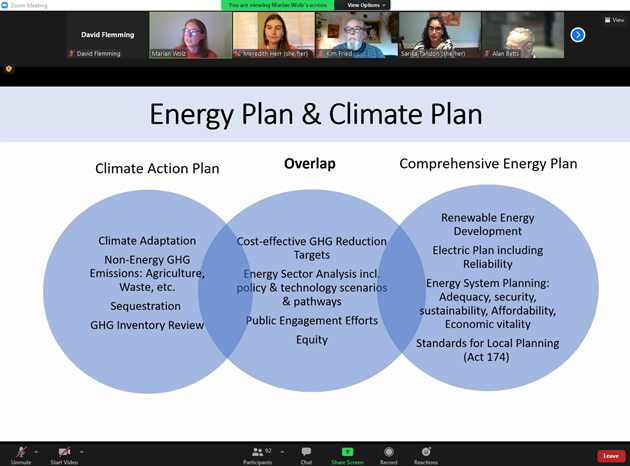 The hosts from the Climate Council went through a slide deck regarding the purpose of Vermont’s climate action plan, the Zoom chat feature was used to relay questions from the audience. After 15 minutes of opening questions that the hosts received from the Zoom group chat, the hosts released a poll with 3 questions: 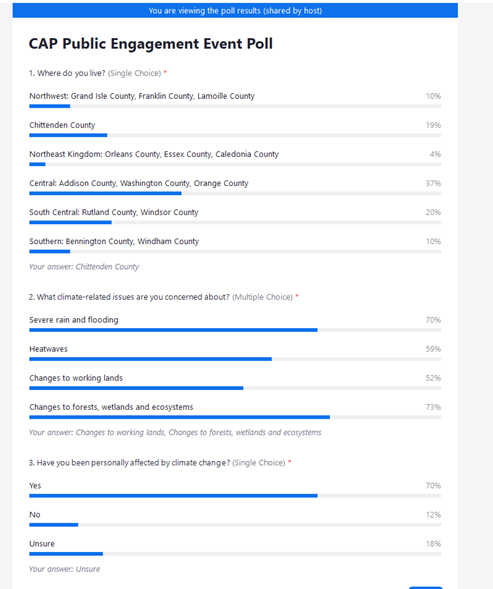 Once the poll was completed, the hosts placed us into Zoom breakout rooms, of which I’m guessing there were about 20. My group of 5 began with a mostly civil conversation, at least until I mentioned that I was from the Ethan Allen Institute. At that point, someone Zoom was only able to identify as Tad started accusing me of “being part of the problem” and promoting climate change skepticism. I replied that I agreed that climate change was a problem, but not something Vermont could not try to tackle by itself.

After that breakout rooms ended, we were invited to write down our group’s thoughts in the Draft Climate Action sections of a Google doc.

Some of the responses I found amusing:

“Low-carbon products and processes: Offset travel of food. Pineapples do not grow in VT!”

“Always a tradeoff with renewable energy. I don’t think there is a perfect energy source. A lot of fossil fuel is needed to create the items needed to get off of fossil fuels. Allocating the fuel needed to do this isn’t being talked about.”

Others were downright alarming, when the participants talked about a crisis that would go for over 50 years. Naturally, rationing energy was the next logical step. “Everyone rationed during WWII- all income levels. This is a much bigger crisis and we are not even talking about rationing. That would level the playing field about what people can use. Consider carbon rationing.”

Two related comments concerned the lack of representativeness in the meeting. “We need to ensure that we bring everyone along - the attendees of this meeting aren’t indicative of the population that is being most affected.” Clearly not, since a majority of Vermonters are against proposals such as the carbon tax. A related comment: “90% of the people at this meeting aren’t going to be living with the consequences.” And isn’t that the truth? In the intended context, the speaker likely meant that the audience (which skewed older) at this event weren’t going to be dealing with the worse effects of climate change.

But one could just as easily say that many of these same people will die before the effects of the Global Warming Solutions Act are fully realized. As in, figuring out how to reduce 90% of Vermont’s carbon emissions by 2050 without creating massive energy poverty. Many of those most strident GWSA supporters won’t be around to find out.

The final Public Engagement Event will be tonight at 6pm, no registration required.