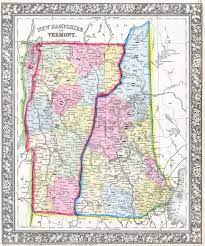 Drew Cline of the Josiah Bartlett Center in New Hampshire noted that New Hampshire’s Business Profits Tax rate was 8.5% in 2015, making it the third-highest corporate income tax in New England, after Maine and Connecticut.

After the passage of the current state budget, New Hampshire’s BPT rate is down to 7.6%, a 10.5 % cut in six years. This year, five states have reduced business tax rates.

Says Cline, “Freedom made New Hampshire an economic marvel. Recognizing that people are free to live wherever they want, state policymakers for decades have focused on making the Granite State as attractive as possible.”

‘It has worked beautifully. New Hampshire’s economic growth has surpassed every other New England state’s, and the national average, since the late 1970s.

‘With a booming economy came a growing population, which has enhanced the state’s quality of life and kept New Hampshire from becoming Vermont — a dying state that pays people to move there.”

“When people are free, there’s a limit to how bossy a state can be. And there are rewards for offering people more personal, political and economic autonomy.

New Hampshire has figured this out. Other states are catching on, just as technology has made Americans more mobile than ever before.”