California Emission Goals Lead to Blackouts, Could Vermont be Next? 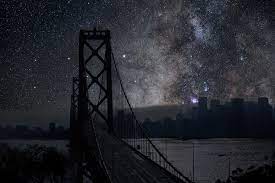 The progressive think tank Energy Innovation reports that California “is not on track to achieve its climate goals. Compared to historical trends, California will need to more than triple the pace of emissions reductions to hit its 2030 target of reducing greenhouse gas (GHG) emissions 40 percent below 1990 levels by 2030.” And this despite enduring an electric blackout in 2020 and narrowly avoiding a blackout this month, due to heavier reliance on solar.

"California met its goal to reach 1990 emissions levels by 2020 four years ahead of schedule. In 2016, lawmakers passed SB 32... (which) in requires the California Air Resources Board to ensure the state’s greenhouse gas emissions are reduced to 40% below the 1990 levels by 2030" (Vermont’s goal is identical). They lament that “California hasn’t enacted any transformative climate bills over the past 4 years” which they ascribe to fossil fuel lobbying groups.

California Governor Gavin Newsom has recently suggested accelerating the GWSA 2030 mandate from 40 percent below 1990 levels to 55 percent. After witnessing how Vermont took inspiration from California for the GWSA, it seems likely that Vermont's Legislature could accelerate its emissions mandate at a similar pace. Which means more money from Vermonters pockets spent on fueling their cars and heating their homes. And an ever increasing chance of electric blackouts.