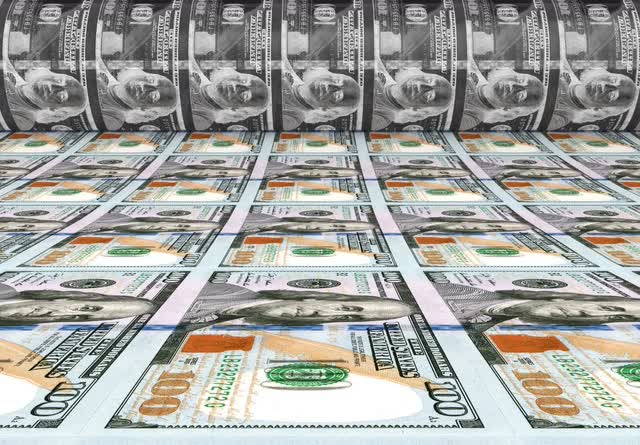 “Critical investments, in this case, means ‘spending.’ Fiscal responsibility, meanwhile, is probably a reference to the administration's eyebrow-raising claims that Biden's policies have reduced the federal budget deficit.”

“These claims are laughable: This year's drop is largely a result of the end of one-time pandemic policies that were intended to sunset. The on-paper deficit reduction in the Inflation Reduction Act is totally wiped out by the administration's decision to cancel vast swaths of student loan debt. The Biden administration's policies have put the federal budget on a trajectory toward a long-term increase in deficits. Biden's claims of fiscal responsibility rest entirely on easily discerned sleight of hand. Yet his administration clings to this illusion because that's all it has.”

“A few months ago, the CBO once again issued a report looking into America's fiscal future. The present, it admitted, was worse than it had expected. Prices were rising faster than it had anticipated even the previous year, and it expected interest rates to be higher. Debt loads, meanwhile, are expected to increase, reaching $40 trillion, or the equivalent of 110 percent of the nation's total economy, in a decade—double the average of the last 50 years, and the highest in recorded history.”

“If so, the report warned, that will have consequences. Among the possible outcomes: ‘The likelihood of a fiscal crisis in the United States would increase. Specifically, the risk would rise of investors' losing confidence in the U.S. government's ability to service and repay its debt, causing interest rates to increase abruptly and inflation to spiral upward, or other disruptions. The fiscal warnings are still coming. But it sure doesn't seem as if anyone in power is actually listening.”