Benefits of a Shrinking Middle-class

According to the American Enterprise Institute’s research, the middle-income class is indeed shrinking. But so too is the relative number of low-income earning households. 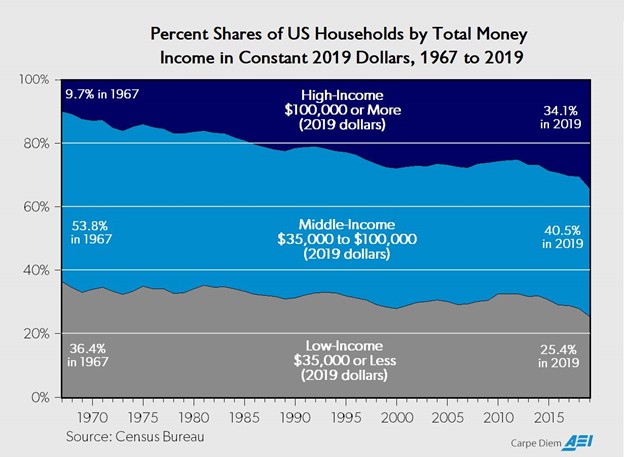