When Vermont’s Global Warming Solutions Act was being debated on the House floor, one member asked Rep. Tim Briglin (D-Thetford), chair of the committee reporting the bill, if under the GWSA the Agency of Natural Resources would have the ability to ban the internal combustion engine. Briglin said “yes,” but that it wasn’t likely. Well, California, a state with its own GWSA demanding greenhouse gas reductions to 80% below 1990 levels by 2050 – same as Vermont -- just announced it would be banning the sale of internal combustion engine cars and trucks by 2035.

This is what Vermonters can expect now that the supermajorities in the Vermont House and Senate successfully overrode Governor Scott’s veto of H.688 (GWSA). Rules and mandates like this, implemented without legislative input and therefore without accountability to voters.

A ban on gasoline powered cars may be some years in the future, but similar bans on things like gas powered lawn-maintenance equipment and gas powered recreational vehicles such as ATVs, snow machines, boats, and airplanes could be in place much sooner. 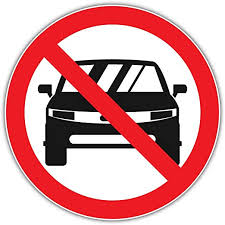 The majority of Vermont greenhouse gas emissions come from transportation and home heating. So, similar to the ban on the sale of new gas powered vehicles we can expect bans on the sale of new fossil fuel heating systems. When your current oil or propane fueled furnace gives out, you could be forced to replace it with an electric heat pump. Before you are allowed sell your home, you could be forced to weatherize it to a certain standard.

The cost to Vermonters having to comply with these regulations will be high, and the disruption to our quality of life significant. And for those who believe that radical policies like banning the internal combustion engine are “unlikely,” just take one look at California.