However, data provided by Gardner doesn’t bear out the claim.

Throughout the 2000’s five states have adopted policies that make voting by mail the primary means by which they conduct elections (Oregon (2000), Washington, Colorado, Utah (2012), and Hawaii (2020). As part of his testimony, Secretary Gardner provided a chart showing voter turnout in all presidential elections in all fifty states going back to 1976.

Diving into that data, it shows that in the four states with a track record of all-mail voting, voter turnout either declined or remained flat in the election following the switch in policy. The only state to show an increase is Hawaii, but the election in 2020, the states first all-mail election, had an exceptionally high turnout nationally.

As the chart below shows, there is no evidence that moving to all-mail voting had any discernable impact on turn out. Rather, turnout is more reflective of the states’ cultural baseline for turnout plus or minus the overall national interest or disinterest in a particular race. 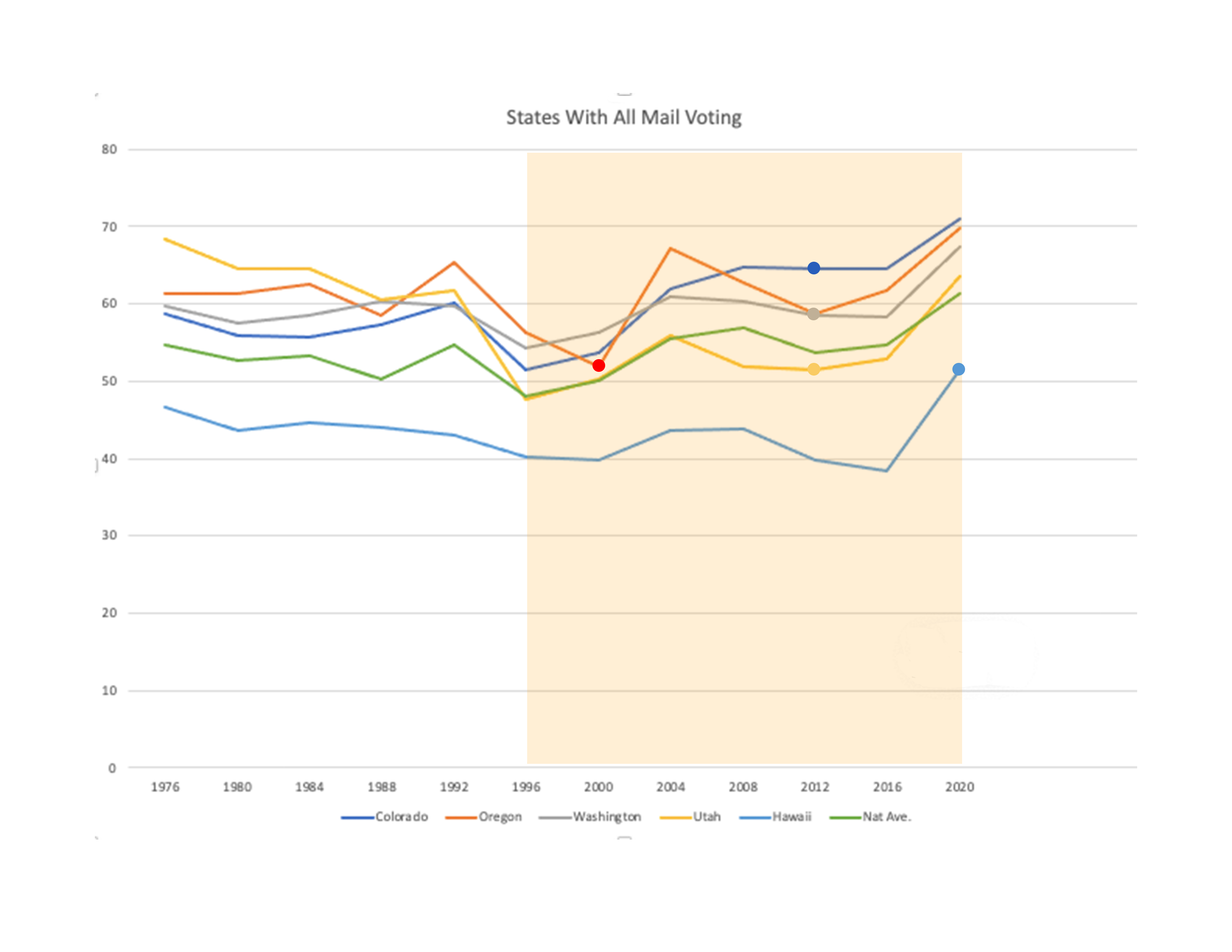